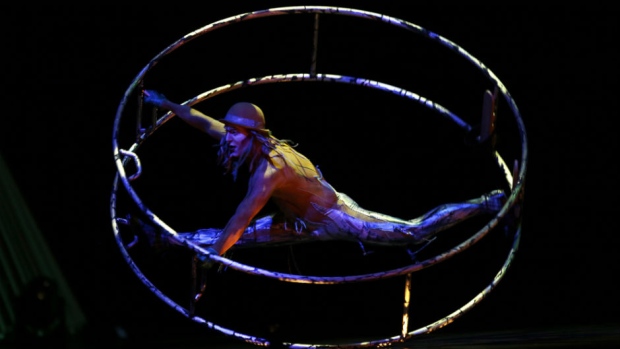 The Quebec government is coming to the rescue of Cirque du Soleil, pledging to loan up to US$200 million to support the live entertainment giant whose operations remain paralyzed due to the COVID-19 pandemic.

Economy Minister Pierre Fitzgibbon says the province will become a creditor of the company under an agreement in principle between Investissement Quebec and Cirque's three main shareholders -- Texas-based TPG Capital, Chinese firm Fosun and the Caisse de depot et placement.

Fitzgibbon suggests that Quebec would also have the option of buying Cirque in the event that shareholders decide to sell their stakes.

In exchange for financial support, the company's head office must remain in the province and its senior executives have to reside there.

The minister's announcement followed one by Cirque founder Guy Laliberte Sunday, who said he wants to buy back the 36-year-old circus company that he sold for US$1.5-billion in 2015 after growing it from a troupe of stilt walkers and fire breathers into a global entertainment titan.

The pandemic has forced Cirque -- which carries a debt estimated at more than US$900 million -- to cancel all 44 shows and lay off about 4,700 employees, the vast majority of its workforce.