Canadian trials have just begun for a prospective COVID-19 vaccine but its Quebec-based manufacturer is already tempering expectations.

Bruce Clark, president and CEO of the biopharmaceutical company Medicago, cautions observers against holding unrealistic assumptions that his product -- or any of the numerous vaccine hopefuls in development globally -- can bring the pandemic to a screeching halt if proven viable.

Clark notes more than 120 companies are trying to come up with a COVID-19 vaccine, many of which have never been in the vaccine space before.

He doesn't doubt that "something's going to come out of this," but he questions how effective it may be.

"Whatever vaccine we get in this first round -- unless it's a miracle -- it's not going to be perfect," says Clark, whose company began trials for its proposed vaccine Monday in Quebec City.

"It's going to have to undergo development, it's going to take probably years to come up with an understanding of the right vaccine, the right approach. It's not the panacea.

"To assume that we can have, in 18 months, the solution to a pandemic that comes around once in a generation, is naive."

"Lots of different steps are still ahead of us before we might even anticipate that there might be a safe, effective vaccine that would be available for use in the general population," said Njoo.

So much is still unknown about COVID-19, notes Clark, including how it may manifest during the flu season later this year.

He suspects a more likely scenario is that a vaccine will offer only part of the solution, along with new therapeutics and ongoing public health interventions.

Medicago's first phase of clinical trials will test the safety of a plant-based product on 180 healthy men and women, aged 18 to 55.

The randomized, partially blinded study uses technology that does not involve animal products or live viruses like traditional methods.

Clark notes that vaccine developers typically use chicken eggs to propagate a virus, but Medicago uses recombinant technology involving the genetic sequence of a virus, with living plants as the host.

The resulting virus-like particles mimic the shape and dimensions of a virus, which allows the body to recognize them and spark an immune response.

It's the same method Medicago has used for a proposed seasonal flu vaccine that Clark says is currently being reviewed by Health Canada. If approved, Clark says it would be the first plant-based vaccine in the world.

While it takes five to six months to propagate a virus in eggs, the plant-based technique requires just five to six weeks, he says.

"In a pandemic, something like COVID, if you're able to cut that much time off development, you have a substantial impact on public health."

Meanwhile, Clark says viruses are prone to mutations as they adapt and grow in an egg, which could result in a vaccine that doesn't exactly match the circulating virus. In contrast, "a plant is a plant," and that makes production easily scalable.

The trial will evaluate three different dosages alone, or with one of two adjuvants provided by GlaxoSmithKline and Dynavax. An adjuvant can boost the effectiveness of a vaccine for a better immunological response, thereby reducing the required dose, Clark adds.

He hopes to know the safety of the product, as well as effectiveness of the adjuvants and dosing by October. Based on that, researchers would kick off a second, more targeted trial phase involving about 1,000 participants.

If that's successful, Clark says a third phase would involve about 15,000 to 20,000 subjects, include older cohorts, and may be a global study, depending on circumstances of the pandemic by then. 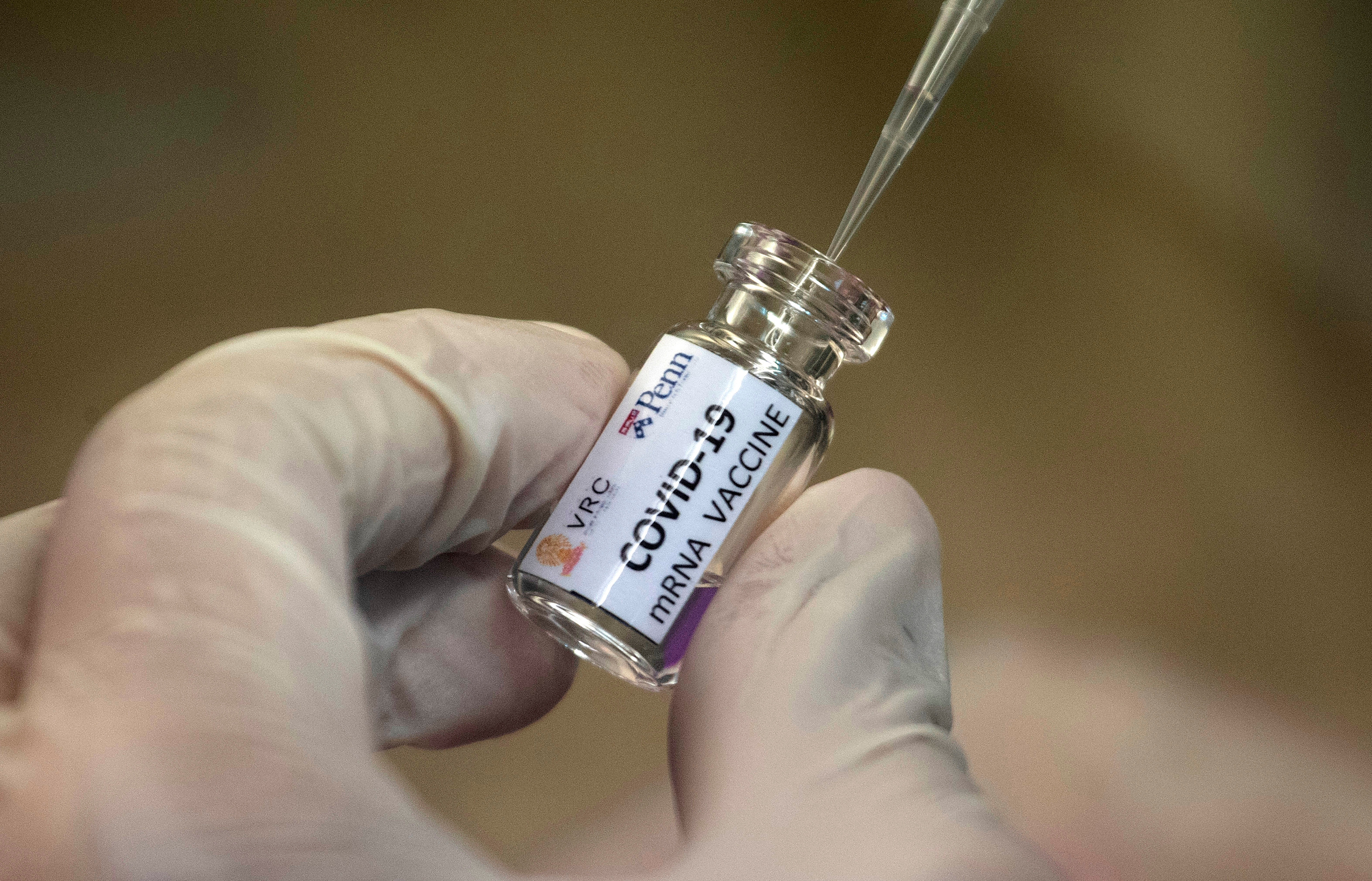 When do you think a COVID-19 vaccine will be available to the public?

If the vaccine proves effective, Clark points to another uncertainty.

Because the company's commercial plant is across the border in Durham, N.C., he says there's no guarantee of a Canadian supply.

"'Guarantee' is a strong word," says Clark. "Strange things happen to borders in the context of a pandemic."

Such border complications were made clear to Canadians in April when Prime Minister Justin Trudeau complained about problems with incomplete or non-existent deliveries of critical COVID-19 supplies. At the time, U.S. President Donald Trump ordered U.S. producers to prioritize the domestic market.

Clark suggests similar hurdles could impact vaccine distribution, putting immediate pressure on Medicago to complete construction of a large-scale manufacturing facility in its home base of Quebec City.

"Certainly, we need a facility in Canada," Clark says.

"There's no guarantee on the easy flow of materials back and forth across the border should we have a successful vaccine. We have to keep the focus on completing the Canadian facility so that we have domestic capacity. I think this is what most countries are concerned about."

By the end of 2023, the Quebec City plant is expected to be able to produce up to one billion doses of a COVID-19 vaccine annually.

Until then, Medicago says it expects to be able to make approximately 100 million doses by the end of 2021, assuming its trials are successful.

Clark says countries must temper any nationalist agendas that might emerge with a viable vaccine and acknowledge that the fight against COVID-19 is global.

Meeting that demand would require multiple manufacturers, multiple distribution routes, and lots of co-operation, he says, possibly through the World Health Organization.

"There has to be some ability to share those around and distribute, whether that's through an entity like the WHO, or something equivalent."