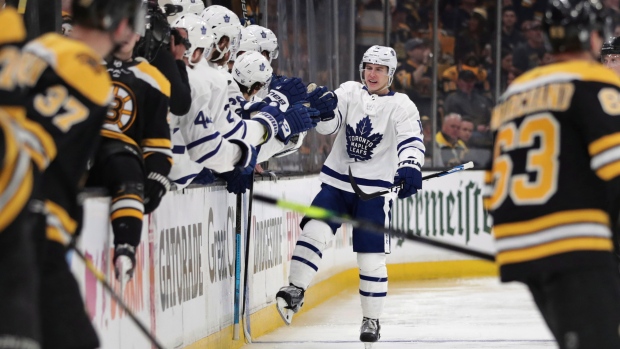 Quebec Superior Court Justice Claude Champagne refused, however, to prohibit the media company from making negative publicity about Bell, as its rival had requested, citing freedom of expression.

Quebecor CEO Pierre Karl Peladeau told reporters that the company was going to obey the injunction.

The ruling came after lawyers for Bell Canada and rival Quebecor Inc. were in court Friday, battling over three French-language sports channels that Bell TV subscribers haven't received since the NHL playoffs began this week.

Bell asked for an interim court order to be issued quickly because interlocutory injunction proceedings would take months and a decision would come after the playoff season is over.

Rouleau said it was "disturbing" that Quebecor has publicly denounced the rules of the Canadian Radio-television and Telecommunications Commission, which says feeds should remain intact during contractual disputes.

Quebecor's lawyer responded that the company believes the CRTC rules are invalid.