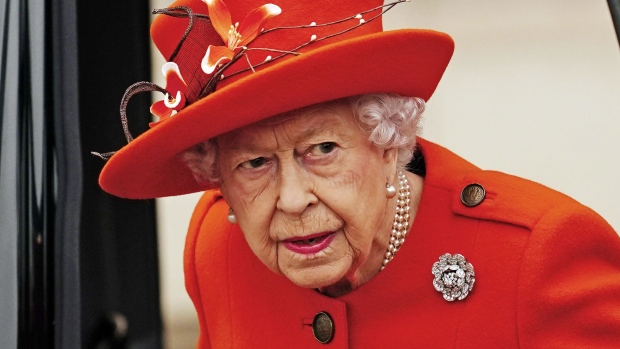 Queen Elizabeth II has been overheard criticizing world leaders for a lack of action on climate change ahead of the COP26 summit in Glasgow.

The British monarch, 95, said “it’s really irritating when they talk, but they don’t do.” The comments were made in a private conversation with Camilla the Duchess of Cornwall, wife of Prince Charles, and Elin Jones, the Welsh Parliament’s presiding officer, that was picked up by a livestream of her visit on Thursday.

“Extraordinary isn’t it, I’ve been hearing all about COP, still don’t know who is coming, no idea,” she said.

The candid remarks, which would normally remain behind closed doors, provide a rare insight to Britain’s longest-serving monarch. She will attend the climate summit next month along with other senior members of the royal family.

China’s president, Xi Jinping, is expected to skip the international meeting starting at the end of the month, The Times reported. Pessimism has started to build around the event, as organizers are concerned the decision not to attend will be a prelude to China not setting new climate-change targets.

Earlier on Thursday, Prince William, second in line for the throne, criticized some of the world’s billionaires for their perceived focus on going to space rather than solving climate change.

When her grandson’s comments were mentioned to her, the Queen appeared delighted, saying: “I read about that!”

NEW: The Queen has hit out at world leaders of countries including China, Russia and Australia for failing to commit to next month's United Nations Climate Change conference (COP26) in Glasgow, saying "It’s really irritating when they talk, but they don’t do.” pic.twitter.com/w0jggM767w