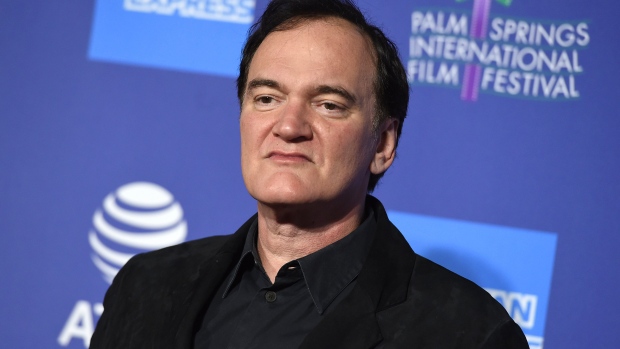 Film director Quentin Tarantino is auctioning off seven never-before-seen “Pulp Fiction” scenes as NFTs, the latest celebrity to capitalize on the red-hot market.

Each non-fungible token will contain “secret” content that’s only revealable to its owner, including the uncut first handwritten scripts of the movie along with commentary from the Oscar-winning filmmaker. The so-called front cover of the NFT will show a previously-unseen work of art, according to a release, while the commentary is set to reveal secrets about the film and its creator.

As part of an address at the NFT.NYC conference in Times Square Tuesday, Tarantino took to the stage to describe the writing process for “Pulp Fiction.” The filmmaker said he spent roughly seven months compiling the script, which he wrote by hand. The original manuscript, he said, had scribbles all over it as well as doodles and cross-outs. The character played by John Travolta was, in the original draft, named Edgar, Tarantino revealed.

NFTs, which allow holders of art and collectibles to track ownership via the blockchain, have exploded in popularity, prompting creators to seek to add innovative content to sustain interests. Tokens implanted with secret characteristics are still a relatively new concept though some market-watchers argue it was a natural development given issues over counterfeit or fake representations in the NFTs marketplace.

Tarantino’s tokens are built on Secret Network, a blockchain centered around privacy. SCRT Labs, the development company behind the Secret Network, will support the drop. The film-maker is partnering with OpenSea for the auction.

Secret Network lets users post content that’s got hidden embeds -- for instance NFT art with secret links to a piece of digital content or game items that have undisclosed abilities within. Secret NFTs are tokens issued on the network and allow its creators to include both public and private metadata and give them the choice of publicly displaying ownership or keeping it confidential.

Many celebrities, including Paris Hilton, Snoop Dogg and Eminem, have put their star-power behind their own tokens or collections, but Tarantino’s is one of the first high-profile secret launches. Critics call out the inherent disconnect between the concept and the fundamental characteristics blockchain was built on, namely openness and inclusivity.

“NFTs could be the most disruptive technology to come out of this decade,” said Guy Zyskind, co-founder of Secret Network and CEO of SCRT Labs. “The art community is alive with innovation and the media is actively exploring all the potential use cases associated with the technology. Now, we have privacy and access controls courtesy of Secret Network. Ultimately, that will enable a whole litany of new potential use cases.”