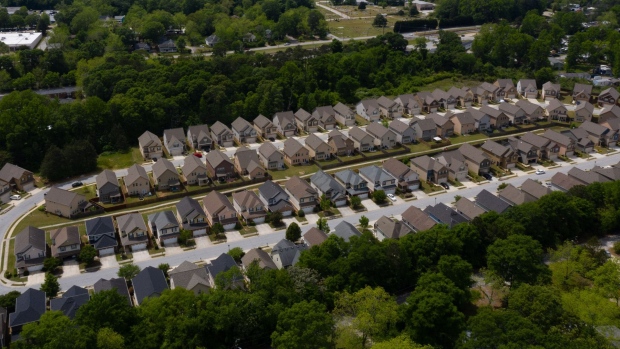 (Bloomberg) -- The pandemic made it harder for many Americans to qualify for mortgages. But it hit middle-to low-income minority borrowers harder than most.

That’s the finding from a report by Morgan Stanley, which analyzed home-ownership in 2020 as Covid-19 swept the nation and shuttered swathes of the economy. The bank found that for minority borrowers with the lowest credit ratings, and Black and Hispanic borrowers in the middle-credit tier, mortgage denial rates increased compared with the year earlier. For comparable White borrowers, those rates fell in the same period.

Lenders fearing defaults at the outset of the pandemic tightened credit conditions on mortgages -- a retrenching that undid some six years’ worth of credit easing in six months, according to Morgan Stanley’s report. That minority borrowers bore the brunt of the tightening mirrors other parts of the economy where the pandemic exacerbated existing divides: the unemployment gap between White and Black workers also widened, for example.

The gap between White and Black Americans with the lowest credit scores who were denied a mortgage between 2019 and 2020 widened to 12% from 7%, the report found. For middle-credit tier borrowers, it increased from 11% to 13%. The mortgage denial rate between Hispanic and White credit borrowers rose 1 percentage point to 5% in 2020.

The report’s authors suggested that agencies established to improve the flow of credit in the housing market -- Fannie, Freddie and Ginnie -- “can mitigate racial disparities in mortgage denials by disclosing mortgage originators’ denial rates by race.” That would help investors make “make informed decisions based on racial equality considerations,” they wrote.