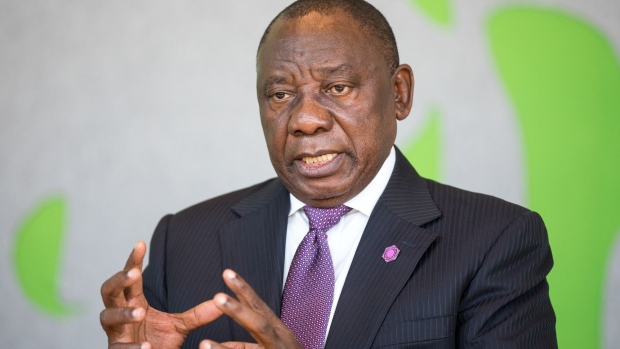 The session on Sept. 18 will be used to announce emergency measures his government will take to curb gender-based violence, Khusela Diko said by mobile-phone text message Friday.

It’s the first time since apartheid ended a quarter of a century ago that an urgent joint sitting of parliament has been called.

To contact the reporters on this story: Paul Vecchiatto in Cape Town at pvecchiatto@bloomberg.net;Amogelang Mbatha in Johannesburg at ambatha@bloomberg.net

To contact the editors responsible for this story: Gordon Bell at gbell16@bloomberg.net, ;Benjamin Harvey at bharvey11@bloomberg.net, Paul Richardson, Mike Cohen