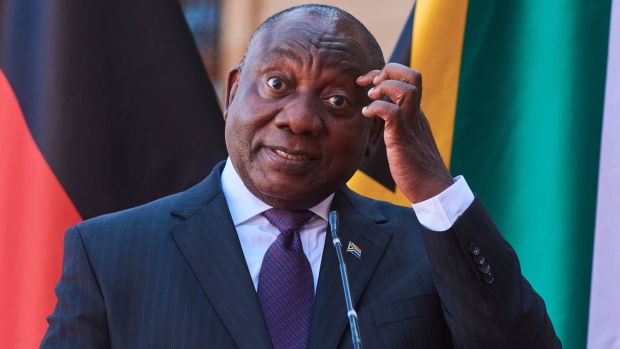 (Bloomberg) -- South African President Cyril Ramaphosa is considering resigning over an advisory panel’s report that found he may have violated the constitution, according to people familiar with the matter.

Ramaphosa is in meetings with close allies to take advice on the matter, said the people who asked not to be identified as they’re not authorized to speak to the media.

Ramaphosa is “in consultations with a number of stakeholders over the permutations of the panel’s report,” Vincent Magwenya, his spokesman, said in a response to questions sent by text message. The president will make an announcement on his response to the report and the presidency “willl advise once the time has been confirmed,” Magwenya said.

--With assistance from Paul Vecchiatto.

(Updates with rand weakening in third paragraph, comment by president’s spokesman in fourth)