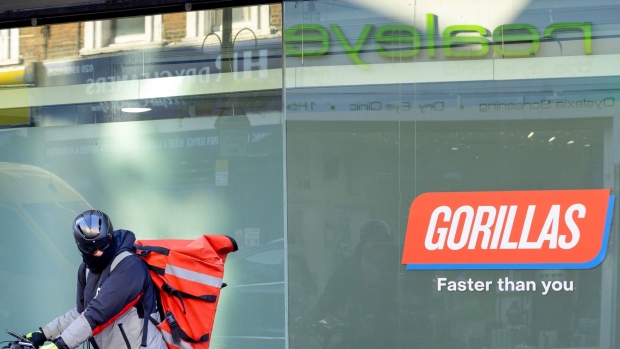 The deal values Gorillas at $1.2 billion, according to people familiar with the matter. Last year, Gorillas raised funds valuing the company at about $3 billion but has been exploring its options after investors became more cautious over the industry’s path to profitability.

Getir will now gain access to Gorillas customers across the six countries in which it operates, according to a statement on Friday.

“Markets go up and down, but consumers love our service and convenience is here to stay,” said Getir founder Nazim Salur.

Gorillas, a Berlin-based startup, quickly attracted capital after it was founded in 2020, as consumers tapped into its promise of rapid, convenient delivery while spending more time at home as a result of coronavirus lockdowns.

The company’s rise culminated in a massive $1 billion funding round in late 2021 but this year the startup has fallen out of favor, struggled to secure more funding and in May, Gorillas had to reduce its office staff by half in a drastic scale-back of operations.

The combination with Gorillas gives Getir, which is backed by Mubadala Investment Co. and Sequoia Capital, scale in key European markets including the UK and Germany.

Gorillas had previously held talks with a number of competitors about the prospects for a merger or sale of its business, people familiar with the matter said previously. The industry is consolidating as companies emphasize a shift to profitability. Getir agreed to buy UK startup Weezy in late 2021, while Gorillas acquired France’s Frichti earlier this year.