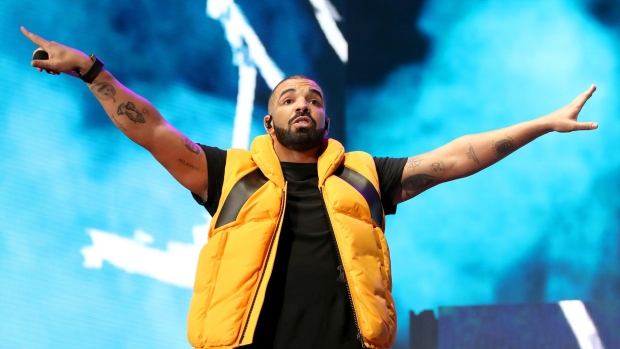 Dave’s Hot Chicken is following a celebrity-driven playbook that’s similar to that of Blaze Pizza, which shares a leadership team with Dave’s and counts NBA superstar LeBron James as an investor. Launched in 2017, the chicken chain now has 22 locations mostly in California and is planning 25 more by the end of the year, with expansion to cities including Chicago and Houston. Drake, one of the world’s best-selling musicians, has already posted a picture of himself with chicken tenders, pickles and fries from Dave’s on Instagram.

“I tried the food and it was amazing. After meeting the founders and hearing their story, I jumped at the opportunity to invest,” Drake said in a statement.

Drake’s involvement will likely give the chain a celebrity boost. His most recent album, released earlier this month, sold the equivalent of 613,000 copies in the U.S. in its first week -- the biggest opening since Taylor Swift’s “Folklore” last year. He has 39 million followers on Twitter and 92 million on Instagram.

Drake will own less than 50 per cent of the company, but will be among the biggest investors alongside Werner and Jackson. The company didn’t give further details about his stake.

Dave’s Hot Chicken has posted a net loss of about US$1.9 million so far in 2021 on revenue of nearly US$9.1 million, the company said in an email. It has invested “more than US$10 million” to grow in the U.S. The company’s leadership team has founded and led other restaurant companies including Wetzel’s Pretzels and Blaze Pizza.

Dave’s Hot Chicken sells sliders, crinkle-cut fries and spicy tenders. It mostly advertises through social-media channels like Instagram and Twitter, and has sold the franchise rights for more than 500 locations in the U.S. and Canada.

The chain is well positioned thanks to its focus on chicken -- the protein has gained popularity in recent years. Following a hit chicken sandwich from Popeyes, rival fast-food chains have sought to capitalize on the poultry craze.