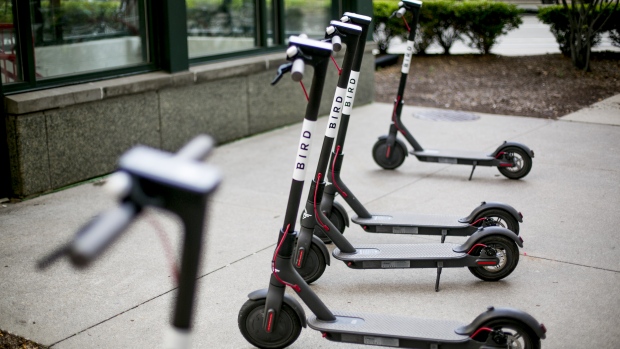 A new e-scooter service is coming to Canada, courtesy of the man who helped bring the NBA to Canada.

Bird Rides Inc., one of the leading players in the electric scooter sharing space, is coming north of the border through a new Canadian-owned company. Bird Canada, chaired by entrepreneur and Toronto Raptors founder John Bitove, will roll out its e-scooter service next month.

“As a platform partner to Bird, the global market leader and pioneering e-scooter sharing company, we are bringing the best micro-mobility solution possible to Canadian communities,” Bitove said in a press release.

The company will launch initially in Alberta, but has plans to expand its fleet across the country.

Uber Canada has also expressed some interest in bringing its e-scooter business to the Canadian market. On Wednesday, the ride-sharing company rolled out its dockless e-bike service, Jump, in Montreal.