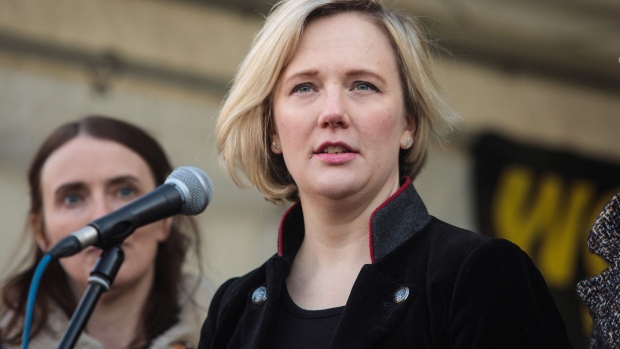 (Bloomberg) -- The US Supreme Court decision to remove the constitutional right to abortion triggered calls from UK opposition politicians for better domestic protections to safeguard women’s right to choose.

The US move “sends a stark message” that women’s reproductive rights “are not worth protecting,” Labour MP Diana Johnson told the House of Commons on Tuesday after posing a so-called urgent question to the government. She called on ministers to “completely safeguard the rights of women to bodily autonomy” as they proceed with plans to change human rights laws.

A second Labour MP, Stella Creasy, suggested she would propose an amendment “to protect a woman’s right to choose” to the government’s Bill of Rights, which was introduced last week by Justice Secretary Dominic Raab.

Prime Minister Boris Johnson himself on Friday described the US court ruling as a “big step backwards” and said he’s “always believed in a woman’s right to choose and I stick to that view and that’s why the UK has the laws that it does.” But there are signs of division in his own Conservative Party.

Last week, 61 Conservative MPs voted against new regulations allowing access to safe abortion care for people in Northern Ireland. The rules were introduced by the central government after Northern Ireland’s devolved legislature -- effectively suspended since February -- failed to do so itself.

And on Tuesday, Tory MP Danny Kruger said abortion rights are “a proper topic for political debate.” Other MPs “think that women have an absolute right of bodily autonomy in this matter, whereas I think in the case of abortion that right is qualified by the fact that another body is involved.”