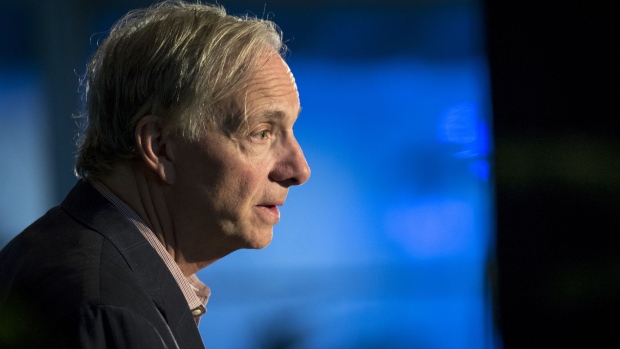 (Bloomberg) -- Ray Dalio broke out his “bubble indicator” on Monday and found that about 5% of the top 1,000 companies in the U.S. were priced at what he called unsustainable levels.

“I’ve seen a lot of bubbles in my time and I have studied even more in history,” he wrote in a post on LinkedIn, adding that his proprietary system tracks six measures including prices relative to traditional measures, new buyers and leverage.

While Dalio acknowledged “very big divergence” among stocks today, he said his overall “bubble gauge” for the U.S. stock market is around the 77th percentile. That compares to 100th percentile readings that occurred in the bubbles seen in 2000 and 1929.

“This market action is reminiscent of the ‘Nifty Fifty’ in the early 1970s and the dot-com bubble stocks in the late 1990s, both of which I remember well,” Dalio wrote. “It scores similarly to the bubble stocks of the late 1920s, which I can’t remember because I wasn’t alive then.”