Royal Bank of Canada issued US$2.5 billion of senior bail-in bonds as Canadian banks dive into record issuance before the fiscal fourth quarter ends even as borrowing cost rise amid concerns of a looming global recession.

The country’s largest bank by assets issued debt in two parts -- after dropping an initially planned floating-rate note portion -- as risk spreads land at the widest in two years. The US$1.35 billion of five-year bonds were priced to yield 160 basis points over Treasuries, the people said, compared to 135 basis points in July, when the lender sold US$1.25 billion of similar duration securities.

“It’s about managing funding cost globally, while understanding that the depth of the Canadian market can be relatively limited, particularly during periods of market volatility,” said Sunil Shah, head of Canadian fixed income at Aviva Investors, which manages over US$160 billion in fixed-income assets globally. “They have long enjoyed the flexibility to issue globally and continue to do so in this environment.” 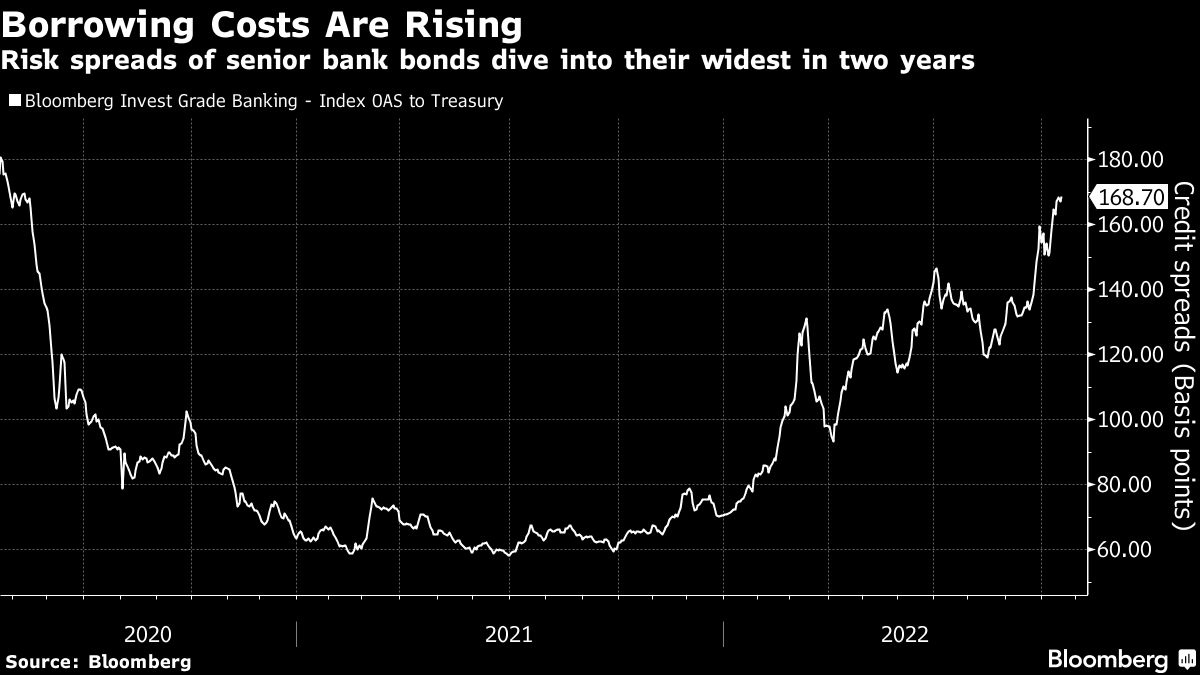 Separately, Bank of Montreal issued $750 million of subordinated bonds in Canadian dollars, according to people with knowledge of the transaction. The 10-year bonds, which are callable after five years, were priced to yield 270 basis points over the government curve after getting an order book of more than three times the deal size.

RBC and BMO are pricing their transactions in the North American debt markets, after National Bank of Canada and Bank of Nova Scotia priced deals in the Swiss franc and Australian dollar bond markets, respectively. Spread investors’ demand to issue senior debt sold by banks in U.S. dollars reached 168.7 basis points Wednesday, the widest since May 2020, according to a Bloomberg index.