Royal Bank of Canada shareholders will vote on whether the bank should tighten its standards for sustainable finance, action inspired by a 2021 pipeline financing deal that was criticized for greenwashing and general concern over lax standards for so-called sustainability-linked debt.

The resolution was prompted in part by RBC’s role helping pipeline company Enbridge Inc. issue a sustainability-linked loan and sustainability-linked bond last year, said Matt Price, Investors for Paris Compliance’s director of corporate engagement for the finance sector. At the time, Enbridge was building a new section of its Line 3 oil sands pipeline, a project that would, by some estimates, add as much CO₂ to the atmosphere each year as Argentina. It was also vehemently opposed by indigenous peoples in Minnesota who feared the desecration of their lands and waters.

Sustainability-linked bonds are a new, growing and controversial subset of the $4 trillion ESG debt market. In contrast with green bond proceeds, which are earmarked for specific projects, the money raised by SLBs can be used for anything, as long as the borrower pledges to meet a self-defined ESG target. This might be cutting carbon emissions, for example, or increasing boardroom diversity. If the borrower misses the target, it will pay more interest.

This flexibility has made SLBs incredibly popular. Global sales of SLBs hit a record $108 billion last year, up from $11 billion issued in 2020 and zero in 2017, according to data compiled by Bloomberg. 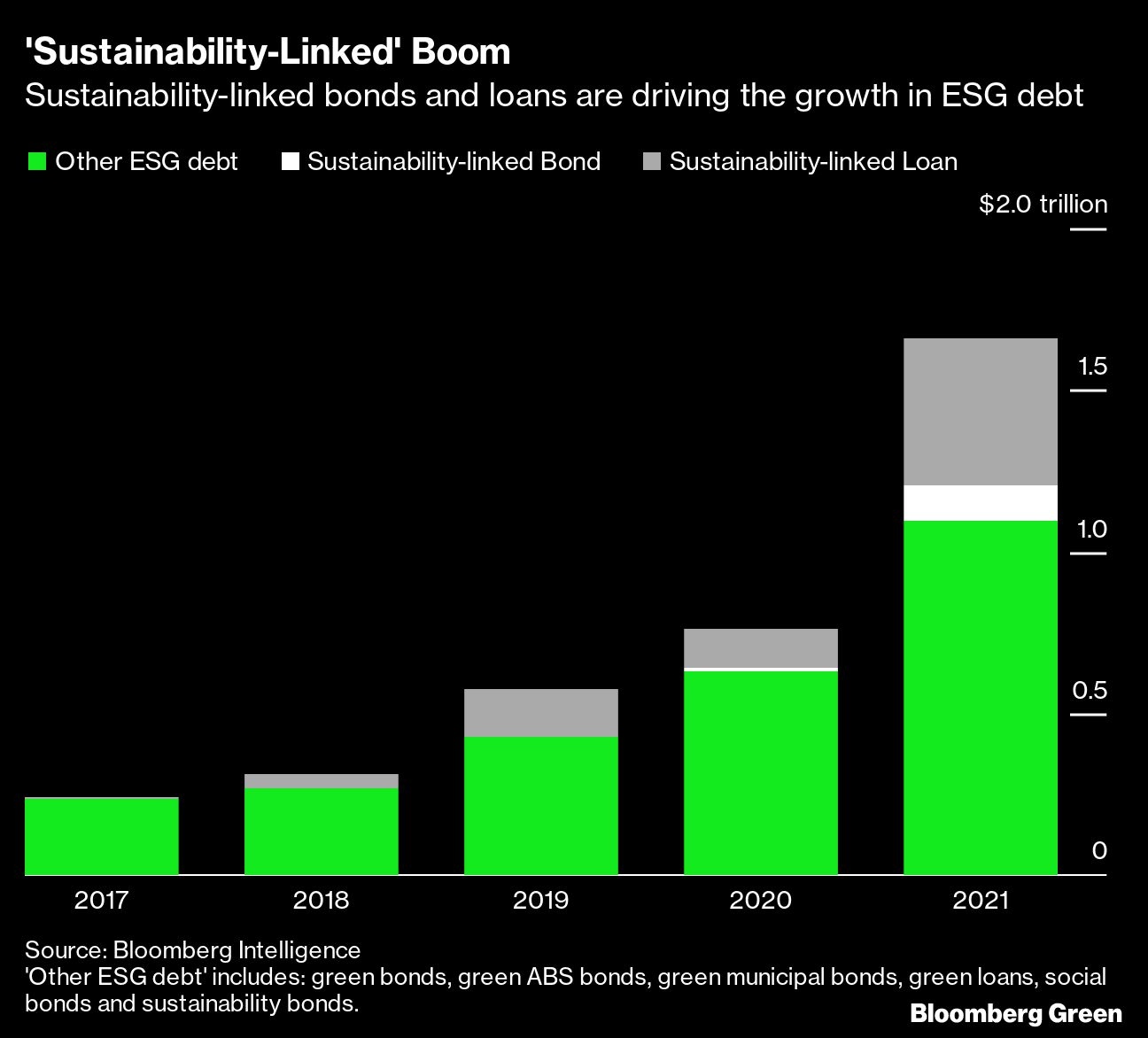 That same feature is a problem for campaigners, analysts and investors. Companies often set weak targets, or ones they’d hit without extra effort, and lack oversight. The penalties for missing the targets may lack teeth, and the proceeds from the SLB might free up capital for other less sustainable projects.

“We are watching sustainable banking explode around the world, and on the one hand it’s encouraging that it could be part of the transition, but it could, on the other hand, be a whole lot of greenwash,” said Price. “There are very few standards or accepted definitions, and that allows the actors to put a green coat of paint on business-as-usual.”

Enbridge’s Line 3, like the Dakota Access and Keystone XL pipelines before it, became a flashpoint in the U.S. and Canada. Banks involved in providing Enbridge with sustainability-linked financing, which also include JPMorgan Chase & Co., Wells Fargo & Co., Citigroup Inc. and Toronto-Dominion Bank, were accused of greenwashing.

SLBs are “even more of a greenwashing instrument than green bonds,” says Lara Cuvelier, sustainable investments campaigner at Reclaim Finance. A company might have a climate strategy that is incompatible with net zero and still issue an SLB with weak targets, she said.

An RBC spokesperson said the bank wasn’t in a position to comment on shareholder proposals until March, when it will publish a detailed response to I4PC’s proposal.

RBC ranked 17th among global arrangers of SLBs last year year, having underwritten $1.9 billion of debt, according to data compiled by Bloomberg. JPMorgan was the biggest arranger in 2021 with $6.6 billion of deals, followed by BNP Paribas SA and HSBC. RBC also played a role in underwriting about $41 billion of bonds for oil, gas and coal companies since the Paris climate agreement at the end of 2015, more than any Canadian bank, according to data compiled by Bloomberg.

RBC has said it will mobilize C$500 billion ($394 billion) in sustainable finance by 2025, up from an initial commitment of C$100 billion in 2020. However, the pledge lacks clear definitions and doesn’t prohibit financing to deals that actually increase emissions, said I4PC.