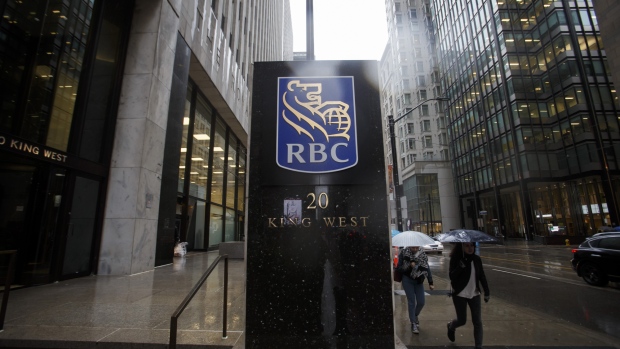 Royal Bank of Canada (RY:CN) is looking to greater efficiencies while cutting down on risks in its capital-markets division as the pace of trading and dealmaking slows amid global economic uncertainties.

Revenue at RBC Capital Markets fell to $2.03 billion in the fiscal third quarter, down 5.7 per cent from a year earlier and less than the second quarter’s $2.17 billion. Investment-banking fees declined amid slowing stock sales and acquisition activity globally.

“If fee pools and revenue pools are down, that is something that we are going to have to contend with by driving efficiencies, investing in technology and making sure that we continue to attract talented people,” Chief Financial Officer Rod Bolger said in a phone interview last week.

The bank also is taking steps to reduce risks in its trading book. The average value at risk, a probabilistic measure of potential losses in a daily trading session, decreased to $23 million from $34 million at the end of April due to reduction of fixed-income inventories in the second quarter and lower market volatility in the first half of the year, a bank official said by email.

RBC is further paring risks as more than US$16.1 trillion of bonds trade with a negative yield, while stock prices remain fairly lofty, meaning investors have to decide which market is correctly assessing economic and geopolitical developments. Inverted government yield curves in several developed economies suggest the chances of recession are increasing, even as investors keep bidding for new corporate bonds at historically low coupons.

While investment-banking fees are down this year, Royal Bank “has a strong investment-banking pipeline,” including a number of “marquee deals,” Bolger said. In terms of large deals RBC is expecting to handle in the next two quarters, the bank is in “much better shape than we were coming into this quarter,” Doug McGregor, head of RBC Capital Markets, told analysts last week.

Also, Royal Bank’s trading desks in equities and fixed income outperformed the broader market in the first half -- something Bolger sees continuing.

“Our expectation,” he said, “would be that we would perform at or above market going forward.”