Aramco is accelerating its listing plans after recovering faster than expected from the biggest terror attacks in its history. The state oil giant plans to formally kick off its much-anticipated IPO next month by announcing the intention to float on Oct. 20, with a target of listing as soon as November, Bloomberg News has reported.

Aramco is in the process of selecting co-managers and receiving banks, the people said. Lazard Ltd., Michael Klein and Moelis & Co. are working on the deal as independent financial advisers, according to the people. 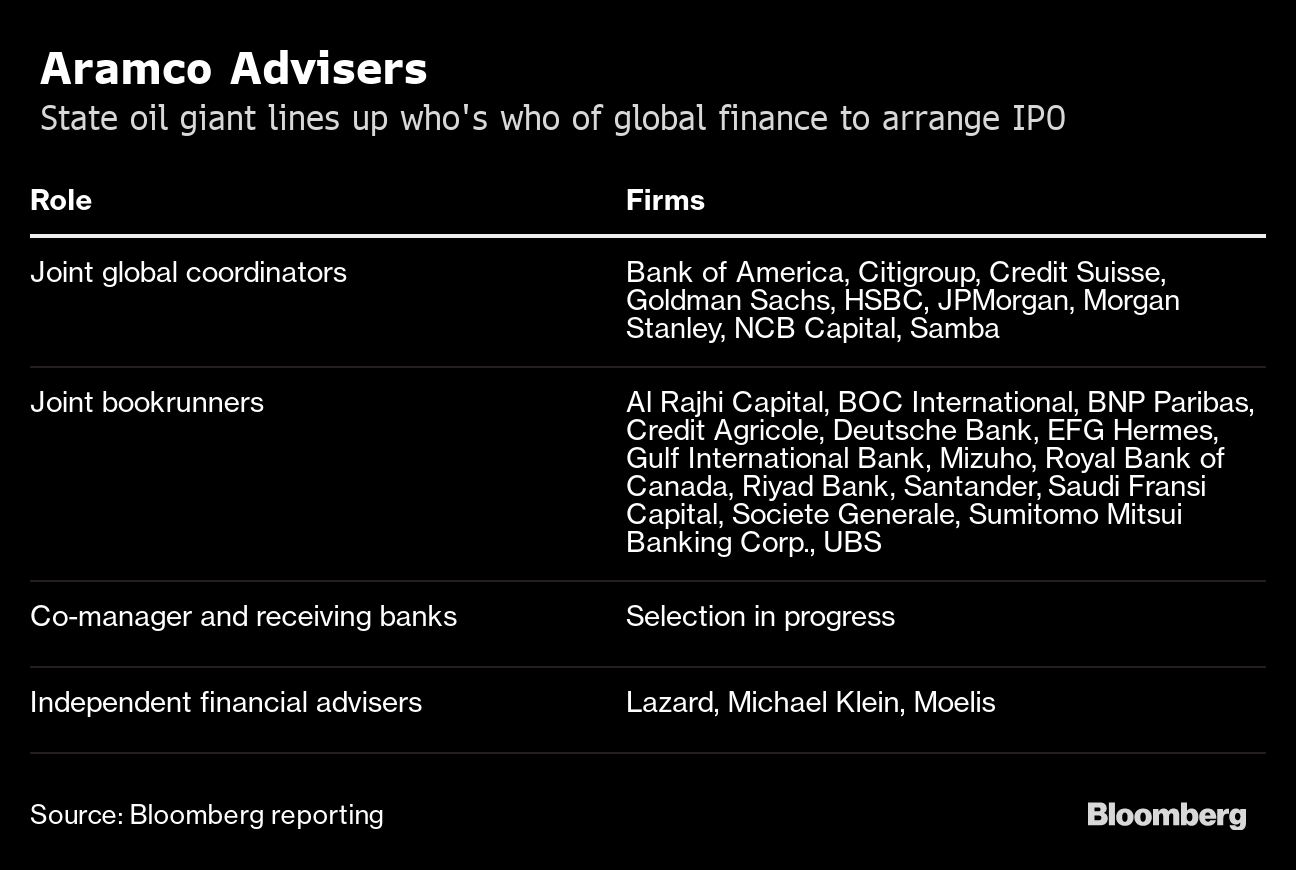 Aramco is planning a listing on the Saudi stock exchange, which will include an institutional offering locally and internationally as well as a domestic retail tranche, one of the people said.

The oil producer is considering including additional deal structures -- such as a public offering without listing, or POWL, for Japanese investors and a so-called Canadian wrapper that would allow the deal to be marketed in the country, the people said. The company will confirm the potential inclusion of an employee tranche later, one person said.