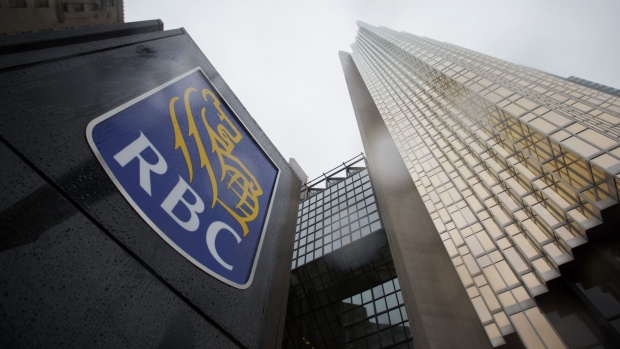 Signage outside of the Royal Bank of Canada headquarters in Toronto. Bloomberg/Cole Burston

Royal Bank of Canada will buy solar power from BluEarth Renewables Inc. under a renewable-energy contract that’s a first of its kind for a Canadian financial firm.

Canada’s largest bank and partner Bullfrog Power, a unit of Spark Power Group Inc., will each purchase 31,500 megawatt-hours a year — enough electricity for almost 2,600 homes — in an agreement that will support construction of two solar farms in southeast Alberta. They’ll be two of Canada’s largest solar farms when completed next April, generating 80,000 megawatt-hours annually, and are expected to inject $70 million into the province’s economy.

Electricity purchased from the solar farms will contribute to Royal Bank’s targets of reducing greenhouse-gas emissions from its operations by 70 per cent, and increasing sourcing of renewable and non-emitting electricity to 100 per cent, by 2025.