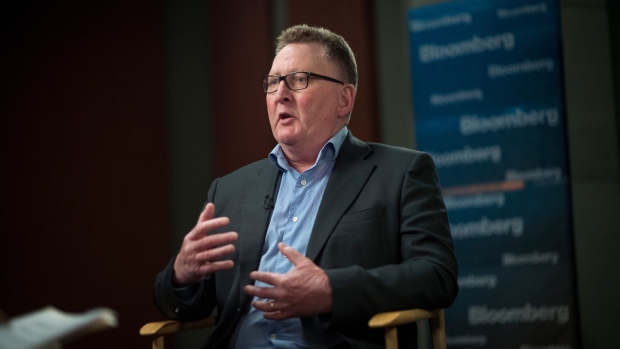 (Bloomberg) -- The Reserve Bank of New Zealand has adopted an aggressive approach toward monetary tightening and expects to keep raising rates in coming quarters as it seeks to contain inflation expectations, Governor Adrian Orr said.

New Zealand is at the forefront of global policy tightening as central banks respond to an inflation surge that’s threatening to become entrenched. Last week, the RBNZ delivered its biggest interest rate increase in 22 years, lifting the official cash rate by half a percentage point to 1.5%.

Today, Orr reiterated that last week’s decision was about the pace of rate hikes rather than a signal that the end point of the tightening will be higher. In February, the RBNZ projected the OCR would peak at 3.25% at the end of 2023.

“That was more about doing it sooner rather than believing we have to do more,” he said. “It’s just getting on with it so people can understand what we are about.”

Inflation in New Zealand hit a three-decade high of 5.9% in the fourth quarter, and a report this week may show a surge to 7.1% in the first three months of 2022, according to a Bloomberg survey.

Raising rates too high and “you really run the risk of having a sharper than needed slowdown in economic activity,” he said. “On the other hand, if you go too slow its inflation expectations that will get away from us.”