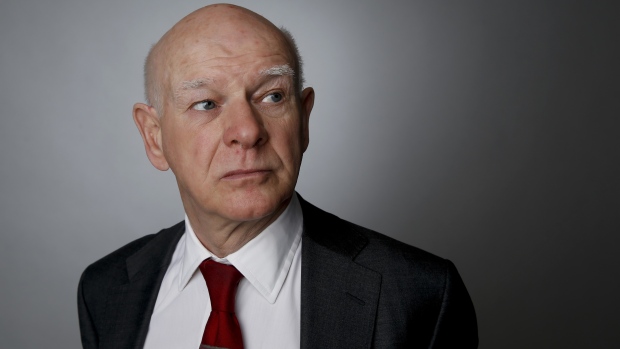 (Bloomberg) -- Royal Bank of Scotland Group Plc Chairman Howard Davies shrugged off the prospect of a Labour-led U.K. government re-nationalizing all of the state-backed lender as the chances of an election grow more likely.

Davies said in a Bloomberg Television interview that any Labour government led by Jeremy Corbyn would have other things on its mind, saying the nationalization of water utilities and railways seemed more probable.

“I think they are more interested in the railways and in water, where there is much more popular support for state ownership of some kind,” he said. “So I’m not particularly concerned about that.”

His comments mark a change of tone from his remarks back in May, when he said people were “starting to worry” about the prospect of a Labour government. “Corbyn does have a particular issue about RBS -- they’ve said at the moment that they won’t be buying RBS back, but they wouldn’t be selling any more either,” he said at that time.

More than a decade on from RBS’s 45.5 billion pound ($54.7 billion) state-funded rescue, the U.K. government remains the lender’s largest shareholder with a stake of about 62%. The ruling Conservative government has repeatedly pledged to cut the holding, but the process of selling the stock has been stalled as Brexit has dominated the British political scene.

Fears about a no deal Brexit are increasing as the U.K. heads for its Oct. 31 deadline for leaving the European Union with Prime Minister Boris Johnson indicating he is committed to departing on that date, with or without a deal. Concerns were heightened last week as Johnson tried to outflank opponents by asking the Queen to suspend parliament for a month from Sept. 12.

Shares in RBS are down about 7% since the start of the year, and speaking Tuesday Davies said U.K. bank stocks were “unloved” by investors. “At the moment you can see that U.K. financial stocks, and this is insurers as well as banks, are unloved by the market would be a polite way of putting it, or uninvestable is another thing people have said to me.”

Looking at the wider U.K. economy, Davies warned that trouble could be on the way. “We are not seeing a large number of loan impairments. We’re not seeing a lot of bankruptcies. We are seeing a decline in consumer confidence and consumer spending is now pretty flat.”

“I do think that if things carry on as they are, we will probably see a downturn in the U.K. economy in the next six months or so -- how serious I don’t know.”

To contact the editors responsible for this story: Ambereen Choudhury at achoudhury@bloomberg.net, Keith Campbell