Activity in Canada’s residential real estate market will moderate from the “unsustainable” levels seen so far this year, though sales will remain at an elevated pace and prices will continue to climb for years to come, according to the latest forecast from the national housing agency.

The number of homes to change hands could climb as high as 602,300 this year from about 550,000 sales seen last year, according to a report released Thursday from Canada Mortgage & Housing Corp. That could push the average price for a home in Canada as high as $649,400 (about US$533,000), a 14 per cent rise from last year.

Low interest rates, combined with a demand for more space to ride out the pandemic, have pushed the Canadian housing market to extraordinary heights over the past year, with annual price gains of more than 30 per cent seen in some communities. With vaccine distribution accelerating and the economy recovering quicker than expected, some of the drivers of the frenzy may begin to unwind. 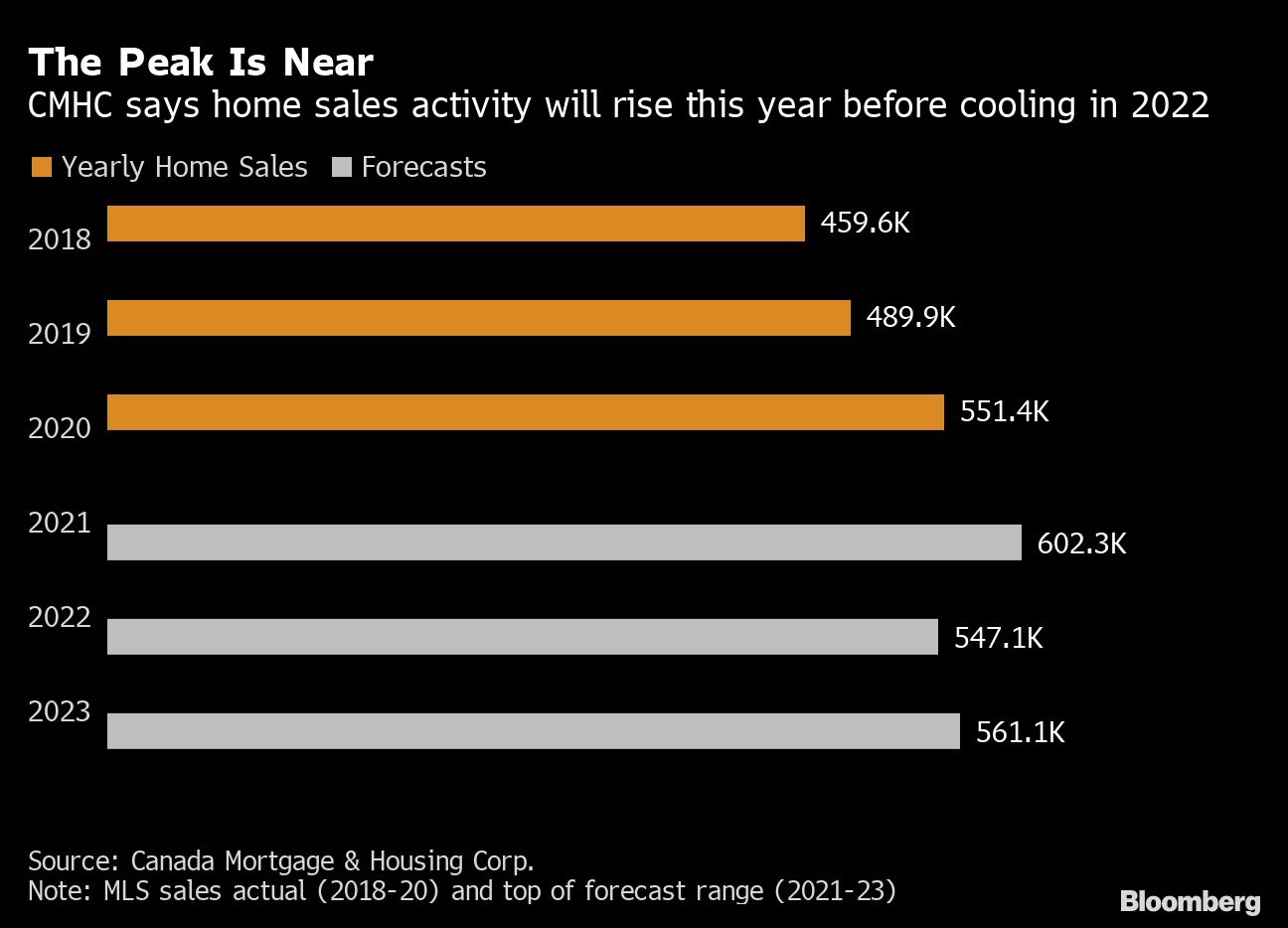 “Economic conditions are expected to return to pre-pandemic levels by the end of 2023, if broad immunity to COVID-19 takes hold by the end of 2021,” Bob Dugan, CMHC’s chief economist, said in a statement included in the report. “This includes the pace of home sales and prices, which we expect to see moderate from 2020 highs over the same period.”

With faster economic growth, CMHC predicts Canada’s standard five-year mortgage rate will rise, though it will likely stay at very low levels by historical standards. Unusually high savings rates -- driven by people having less opportunity to spend during the pandemic -- are expected to fall, the agency said.

The higher demand for single-family homes brought on by intermittent lockdowns, meanwhile, will cause developers and construction companies to shift in that direction, CMHC predicted. Renewed immigration will bring demand for rental accommodation back to cities that have seen vacancies rise and rents fall.

Amid this confluence of factors, CMHC predicts the number of homes sold across Canada in 2022 and 2023 will be less than this year, though still more than the number sold in 2019.