People will return to work in the downtown area amid high rental vacancy rates: Morguard's Reading

Canada saw record investment in commercial properties in the second quarter as the easing of the COVID-19 pandemic pushed buyers and sellers off the sidelines.

With the country’s economy rebounding, $14 billion (US$11 billion) worth of commercial real estate changed hands in the three-month period, a 29 per cent increase over the previous quarter, according to a report Monday from commercial brokerage CBRE Group Inc.

Investors targeted apartment buildings and warehouses, driving a surge of deals that has Canada on pace to post nearly $50 billion in commercial real estate investment this year. That would be a new annual record, according to the report.

“Capital can’t remain on the sidelines forever -- it has to be deployed and put to work at some point,” Paul Morassutti, vice chairman of CBRE’s Canadian business, said in a telephone interview. “Over the last two quarters, there has been a very strong sense that we are at least getting close to some degree of normalcy.” 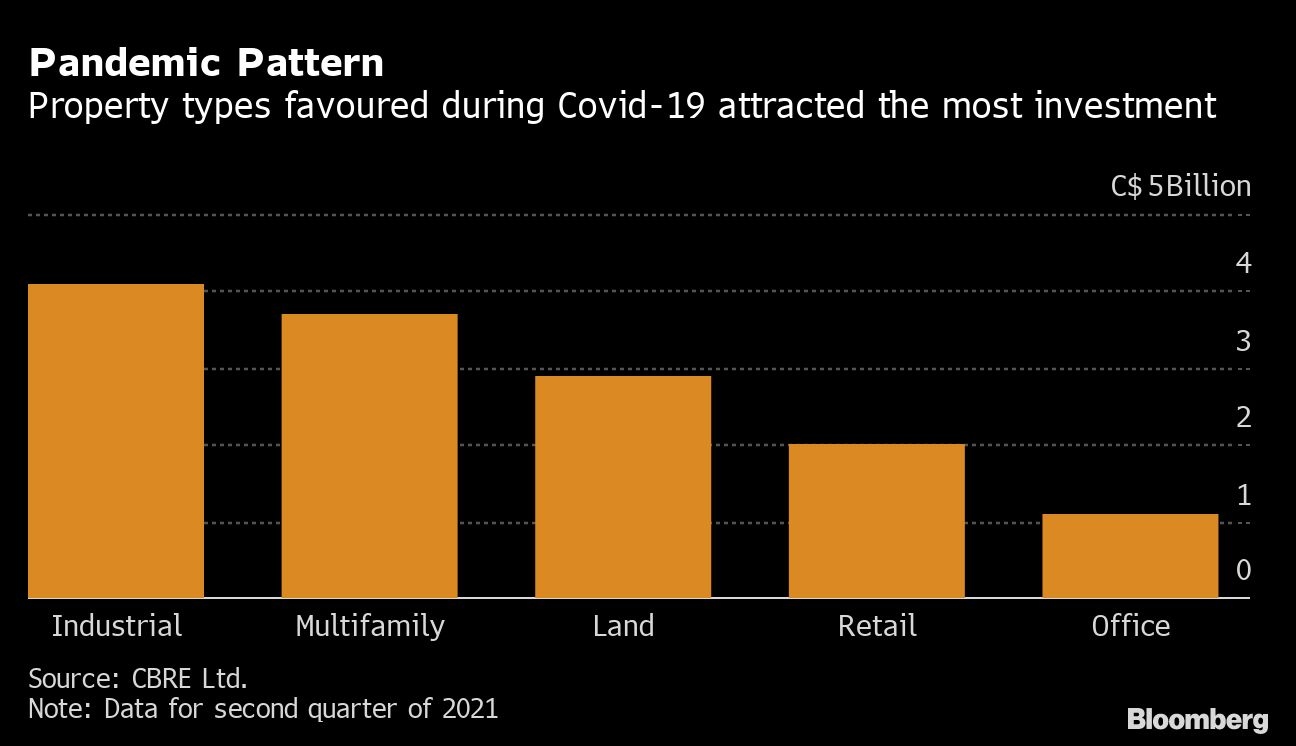 Even as vaccinations give Canada’s economy a boost, commercial real estate investors continued to gravitate to properties that have been resilient during the pandemic. Warehouses have been popular because of the e-commerce boom. Apartments, long considered dependable assets, have gotten a boost in recent months as surging home prices shut out many would-be buyers.

While retail and office buildings saw renewed interest in the second quarter, Canadian investment in those properties lagged behind other corners of the market.

“For a lot of investors out there, there was a desire to rotate out of retail and office investments, where there are bigger question marks over those asset classes,” Morassutti said.

The CBRE report focused on transactions for individual buildings, leaving out mergers where entire companies change hands. Even with those deals factored in, last quarter’s torrent of investment was enough to make it the third-busiest on record, the CBRE report said.