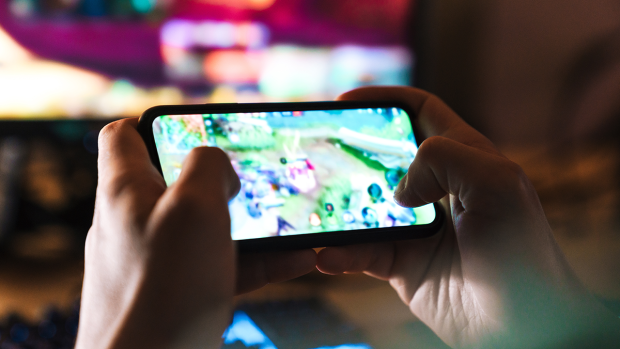 Most people know that the mobile app stores are dominated by games, with literally hundreds of new releases every week. The fact that every consumer has a gaming device in their pocket in the form of a smartphone, combined with the free-to-play business model (whereby game publishers provide their games for free, generating revenue through in-app purchases and advertising), have driven explosive growth for the mobile segment of the industry.

As it stands, mobile gaming is growing faster than any other game industry segment worldwide. By 2022, mobile and tablet games are expected to comprise more than 50 per cent of the entire industry. What’s more, mobile game revenue growth is expected to rise to USD$106.4 billion by 2021, which isn’t a surprising forecast given the proliferation of smartphones.

The common perception of the industry is that low barriers to entry combined with intense competition make it virtually impossible to predict which games will be financially successful.

What many don’t realize is that there are older games that have been around for years, with hundreds of thousands of users returning to play daily. That’s because free-to-play mobile games are a live services business, where games must be regularly updated to maintain player interest and engagement. If game publishers continue to update these older games, players will keep playing.

Free-to-play games require ongoing investment in live operations and personnel, and in the notoriously hit driven game industry, publishers can be too quick to move on to the next “home run” opportunity, leaving many financially successful titles to wither.

A few years ago, PopReach founders Jon Walsh and Chris Locke, who have been in the free-to-play mobile game business since its emergence in 2010, recognized an unprecedented opportunity.

“Chris and I had observed many occasions where successful live games were under-optimized, leaving significant revenue on the table by not delivering the right experience for players. We knew we could fix these things, and build a thriving business in the process.”
– Jon Walsh, CEO, PopReach Corporation.

Meet this team of experts in mobile gaming

Today, PopReach owns and operates over 25 games. The company’s founders, Locke and Walsh, have deep experience in the free-to-play market.

PopReach CEO, Jon Walsh, has been in the game industry his entire career, most recently founding Fuse Powered, a technology platform designed to help mobile game publishers improve the success of their games. The Fuse platform hosted hundreds of games produced by some of the biggest game companies in the market, including Electronic Arts, Activision and Zynga. The company was acquired in 2016.

Christopher Locke, PopReach’s President and COO, has decades of experience in game development, publishing, and commercialization. Before PopReach, he ran CAPCOM’s mobile gaming studio in Toronto. When the free-to-play business model first came out in western markets in 2010, Locke and his team put together Smurfs’ Village, which became a massive hit with revenue to match.

Locke then started a new game studio, which was quickly acquired by San Francisco based Glu Mobile in 2011. A game they had in the works before the acquisition became known as Kim Kardashian: Hollywood in 2014, which has generated hundreds of millions of dollars in revenue for Glu and continues as one of their flagship titles to this day.

Locke’s next act was starting PopReach, where he reconnected with Walsh to take on a project to update an older mobile game that had been left to languish by its owner. Within four months, the PopReach team had completely rebuilt the game and re-released it, generating many times more revenue overnight.

This was Locke and Walsh’s first project together in what would become PopReach’s winning formula. In early 2018, they decided to officially join forces to replicate the success of their first collaboration.

Jon comments, “Chris and I had observed many occasions where successful live games were under-optimized, leaving significant revenue on the table by not delivering the right experience for players. We knew we could fix these things and build a thriving business in the process.”

Since its inception, PopReach has acquired a number of later stage hit games including Smurfs’ Village, which Locke originally launched in 2010, Kitchen Scramble, Gardens of Time, City Girl Life, War of Nations, and Kingdoms of Camelot.

In 2021, the company has already closed two significant acquisitions: Peak — Brain Training from Brainbow in the U.K., and PAYDAY Crime War from Starbreeze in Sweden.

Peak was purchased for USD$5 million, roughly 1x its trailing twelve-month revenue. It’s an award-winning entertainment based cognitive training app that has over 60 million downloads, and provides immediate incremental cash flows to PopReach, fitting right in line with their strategy to acquire and revitalize proven hits at attractive multiples.

Acquiring the PAYDAY mobile game assets is a great strategic bet. PAYDAY is one of the most successful first-person shooter franchises on PC and console platforms, having sold over 28 million units plus over 100 million downloadable content packs (DLCs), and has the largest active game community on Steam (the top digital distribution platform for PC gaming).

PopReach acquired the source code and licensing rights to the mobile version of PAYDAY for USD$250,000. With minimal development costs expected to launch the only mobile version of the franchise, and a built-in audience of millions of players already active in the PAYDAY universe, this title has the potential to generate eight figure sales for PopReach if successful.

Fixing games instead of building new

Unlike companies that invest in developing new games in a notoriously hit or miss industry, PopReach acquires existing games that already have a loyal base of paying players. Games on their radar have large built-in audiences and proven product market fit. With decades of experience and an expert leadership team, PopReach is purpose-built to extend the life cycle and maximize cash flows from these proven games.

For instance, the company acquires mobile games that are at a later stage of their lifecycle. In this long tail stage, games are in a slow, relatively predictable state of decline. For PopReach, this presents an opportunity to bring the games in-house, lower their operating costs, and use a data-driven approach to improve the games, reverse the decline, and optimize the financial returns.

PopReach targets game acquisitions where the purchase price can be paid back from operating cash flows in less than three years, and where the expected lifespan is at least five years. The company is focused on games generating between USD$2 to $10 million, which is too small for traditional game publishers’ other industry consolidators. The competitive landscape is thus quite favourable, as there are no direct competitors for the size of assets PopReach acquires. In fact, the company has yet to find itself in a competitive bidding situation!

2020 was a foundational year for PopReach and our latest #financials demonstrate our growth potential. $USD highlights...

PopReach isn’t the only company with a strategy to acquire existing game titles, but they do stand out. Rob Goff, Head of Research, Telecom Services & New Media Analyst at Echelon Wealth Partners notes, “we view PopReach’s strategy of acquiring mature games as a key differentiator supporting sustained outperformance as a consolidator.”

PopReach has a playbook they follow for consistent results across their diverse portfolio of games. They invest profitably in these games while operating them on a cash positive basis, adding or improving features while also reducing operating costs. The company generates revenue from in-app purchases, advertising and subscriptions.

When it comes to PopReach’s growth, Goff notes, “organic growth rests in the company’s ability to position franchises for user growth and in turn boost in-app purchases. While advertising revenues are currently very modest, there are strategies to expand advertising to become a much greater contributor.”

When asked whether developing original games is a possibility, Walsh stands firm on what makes the company successful. “We will make newer versions of our existing games over time, but I don’t think we’ll ever be in the business of creating new intellectual property from scratch.”

Strategic moves for PopReach’s future in the gaming industry

The company went public in July 2020, listing on the TSX Venture Exchange in Toronto. Once this happened, one of their first priorities was strengthening their balance sheet.

In October, the company refinanced its long-term debt, securing a USD$7.5-million-dollar credit facility with the Bank of Nova Scotia. This not only significantly reduced PopReach’s annual interest expense, but also brought a lending partner to the table that is eager to grow with the company as it continues to consolidate cash flowing game assets.

Next, PopReach closed a $5 million strategic investment from Alibaba’s Group’s global investment arm, representing just under 10 per cent equity in the business at the time. As part of the investment, Alibaba also agreed to serve as the company’s strategic advisor to Asia.

PopReach expects their involvement to be a meaningful catalyst in 2022 and beyond as they eye global expansion; the free-to-play market in Asia is massive but mostly untapped by Western publishers, as it is complicated to navigate for cultural and regulatory reasons.

A month later, PopReach closed an oversubscribed bought deal financing led by a syndicate of banks including Beacon and Echelon. The $10 million deal was upsized to $15 million, and the overallotment option completely filled, bringing the company $17.25 million in gross proceeds.

The company raised a total of $22.25 million in the fall of 2020. As they are already cash flow positive and don’t need money for operations, the capital is largely earmarked for additional acquisitions.

Goff responds optimistically when speaking about PopReach’s financial positioning. “We estimate that they have approximately USD$12 million in cash available for acquisitions. We are further confident that they have full access to capital markets for additional capital given the demonstrated support of investors behind their strategy.”

He adds, “investors clearly support their strategy of buying strong, mature franchises where they have proven they can revive franchises and extend their life cycles.”

A bright outlook for PopReach

Equipped with a solid strategy, a purpose built platform, and led by industry experts, PopReach is poised for high-growth.

In terms of trends fueling the gaming industry, Walsh points out that the company operates in a sector that’s proven to be recession and pandemic proof.

“The great thing about gaming is that it’s growing all the time, whether the economy is booming or the economy’s pulling back. Free-to-play has proven to be remarkably resilient.”

PopReach is just getting started. They still have approximately USD$12 million in cash to deploy towards other deals, and their M&A pipeline is strong. The company is cash flow and EBITDA positive today and expects to grow meaningfully in the coming year.

As Walsh notes, “we’re at the foundational level of the company. There’s a massive opportunity for us to grow and scale. To me, the next big milestone is $100 million in revenue. I think we’ll get there in the coming years by successfully executing on M&A, and by continuing to use our data driven approach to improving our games organically.”

To learn more about PopReach, visit their website here.