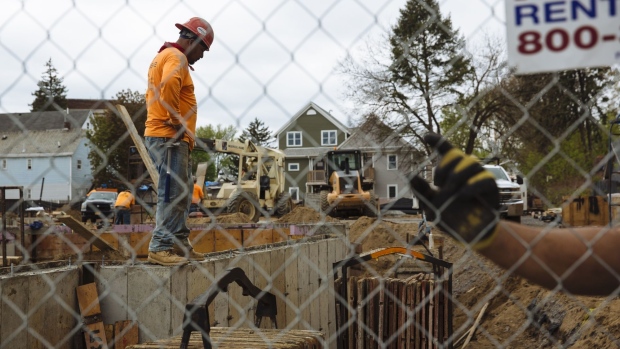 Working-age men have had it rough in postwar recessions when the economy typically sheds manufacturing and construction jobs. Then, in recoveries, men have been slow to find work as health care and other service-sector industries grow faster and manufacturing jobs shift overseas.

That's not what happened in this downturn, nor in the nascent recovery. For the first time in decades, men may be the relative winners in this economic cycle.

Although the U.S. had a modest recovery in manufacturing employment in the 2010s, the gains weren’t enough to get back to the employment levels of 2006.

For a variety of reasons, the industries men are more likely to work in have been more resilient so far to the economic disruption brought about by the coronavirus. Construction, an industry that's almost 90 per cent male, has bounced back quickly as low interest rates and a tight inventory of properties for sale have helped support the demand for new homes. PulteGroup, one of the U.S.’s largest homebuilders, noted in its earnings conference call last week that it had rehired the majority of its furloughed workers and may need to add employees to meet demand.

Pockets of manufacturing have shown robust demand as well, particularly related to the housing market. Home-appliance maker Whirlpool cited growing demand throughout its product lines on its earnings call last week, and the company’s stock is at a two-year high.

Another industry dominated by men, transportation and warehousing, which encompasses jobs like truck drivers and e-commerce fulfillment center workers, has seen a quick recovery in job postings on employment site Indeed. Even with overall job postings down 22 per cent from a year earlier, driving jobs are up 4.7 per cent and loading and stocking jobs are down just 4.3 per cent.

Jobs in these industries -- manufacturing, construction, transportation and warehousing -- have fallen as a share of total employment for decades, particularly during recessions, but they've popped since the onset of the pandemic.

Industries with a more balanced gender mix or those with more women, such as retail, travel and dining, have had bigger job losses.

The economic conditions coming into the pandemic and the ensuing behavioral changes brought about by the disease, shows why this is so. The homebuilding industry, and the associated construction jobs, has been poised for a rebound amid low inventories, shifting demographics as the large millennial generation ages into its homebuying years and falling mortgage rates that increase affordability. 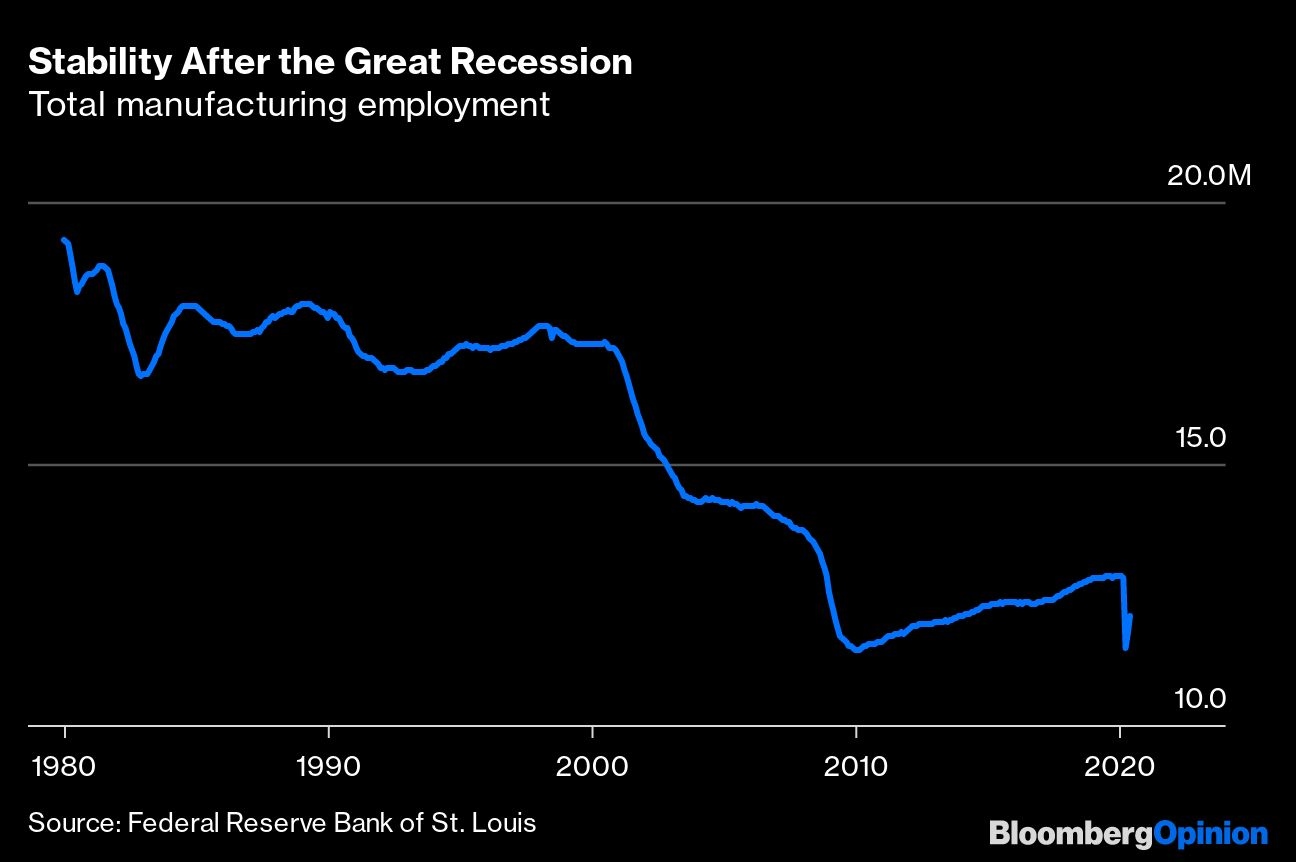 While manufacturing employment fell by 35 per cent between 1979 and 2019, the industry still accounted for almost 13 million jobs coming into this year. And having absorbed decades of outsourcing and productivity improvements already, employment in the industry may be more stable in the future.

And as the market share of e-commerce grows, particularly with so many Americans sheltering-in-place and shopping online rather than in stores, there will be jobs for millions of people working in warehouses, fulfillment centers and package delivery. Men make up 52 per cent of retail workers compared with 76 per cent in transportation and warehousing, perhaps signaling improving employment prospect for males even if total employment doesn't change much.

Looking forward, evolving political views and potential policy agendas appear to be more supportive for male workers than they've been in some time. Both President Donald Trump and presumptive Democratic presidential nominee Joe Biden have emphasized the importance of buying American products, domestic manufacturing and investing in infrastructure. Biden's proposed US$2 trillion clean energy investment plan would likely have a disproportionate benefit for male workers.

Policies that support industries such as manufacturing and construction in order to curry favor with voters in election battleground states like Michigan and Wisconsin could be the new political norm in national politics, in much the same way farm support has been in the past.

We don't yet know how long this public-health crisis will last, nor how long it will take for the economy and labor market to recover. But if there's one aspect of this recession that’s different from those in the past, it's that for once this downturn is not uniquely painful for men.