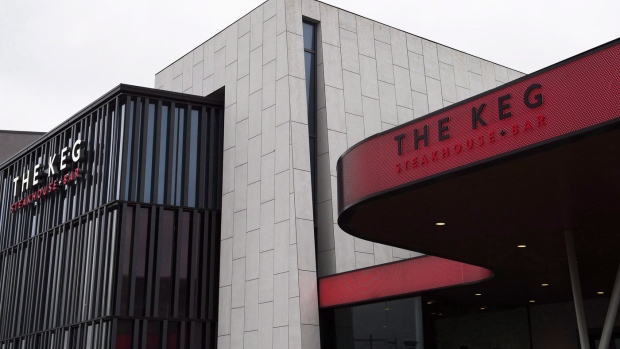 A photograph of The Keg Steakhouse and Bar is shown at Sherway Gardens mall in Toronto on Tuesday, January 23, 2018. , THE CANADIAN PRESS/Nathan Denette

The company behind Harvey's, Swiss Chalet and other restaurant franchises says it saw a 55.4 per cent jump in system sales in the second quarter compared with last year as customers returned to in-restaurant dining.

The company says it had earnings of $16.6 million or 28 cents per share for the quarter, down from $19.4 million or 34 cents per share a year earlier, with the decrease related mostly to higher deferred income taxes and changes in the fair value of some of its holdings.

He says the company has been deliberate in its menu strategies as it looks to preserve margins for its franchise partners.

The company, which also counts The Keg, Montana's and Kelsey's among its roughly two-dozen brands, had 1,223 restaurants at the end of the quarter, down from 1,330 last year.