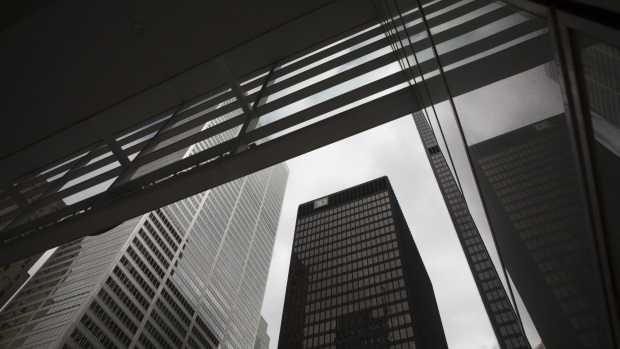 Corporate debt outside the financial sector reached a record 118.7 per cent of gross domestic product at the end of the second quarter, TD economists James Orlando and Brett Saldarelli said in a note Monday. That’s the third-highest among G-20 countries after China and France, according to the report, which cited data from the Bank of International Settlements.

Servicing that debt, including interest and principal payments, amounts to 56.6 per cent of income — close to the record levels seen in 2017 and well above the average for the 2010-19 period, which was at around 50 per cent, according to the note. While cash levels have risen considerably over the past few years to help cushion that borrowing, debt has grown at an even quicker pace, TD said.

“This adds another layer of risk to an already credit constrained Canadian economy,” the economists said. “In the event of an economic downturn, corporate indebtedness could result in widening corporate bond spreads and increased delinquency rates, which would amplify the severity of a downturn.”

Companies aren’t the only ones carrying big debt burdens. Consumers owe $1.76 for every $1 of disposable income and spend a record 15 per cent to service their debt, thanks in large part to an era of low interest rates and a years-long housing boom.

TD said real estate, manufacturing, and the oil and gas sectors account for about 45 per cent of total non-financial corporate debt. When adjusting for the level of cash holdings, debt levels in these industries remain elevated and are well above their respective averages over the current economic cycle, they said.

With a limited market for non-investment grade issues in Canada, firms are increasingly turning to the U.S. dollar market which now makes up about 60 per cent of the issues, compared with 40 per cent in 2007, TD said, citing Bank of Canada figures. As well, the value of U.S. leverage loans held by Canadian firms increased more than two-fold to US$175 billion, of which about one-third is covenant-lite, the said.