The world’s biggest mining companies are about to start revealing how much cash they’re churning out from this year’s commodity boom. Look out for record profits followed by eye-watering dividend payouts.

The top-five western diversified miners may have earned a combined US$85 billion for the first half of the year, according to analyst estimates, more than double the level from a year ago. Rio Tinto Group, the first to report on Wednesday, is expected to announce US$22 billion of profit for the six months, on a par with its total for all of 2020.

The mining sector has been one of the biggest beneficiaries from the world’s efforts to emerge from the pandemic. The trillions of dollars poured into recovery packages have ignited demand for commodities like steel, iron ore and aluminum, driving prices sharply higher and sending inflation pressures rippling through the global economy.

And while previous rallies lured the industry into ambitious investment plans to build and expand mines, many producers this time appear content to return their profit windfalls to investors. The two biggest -- Rio and larger rival BHP Group -- have already been funneling record returns to shareholders. 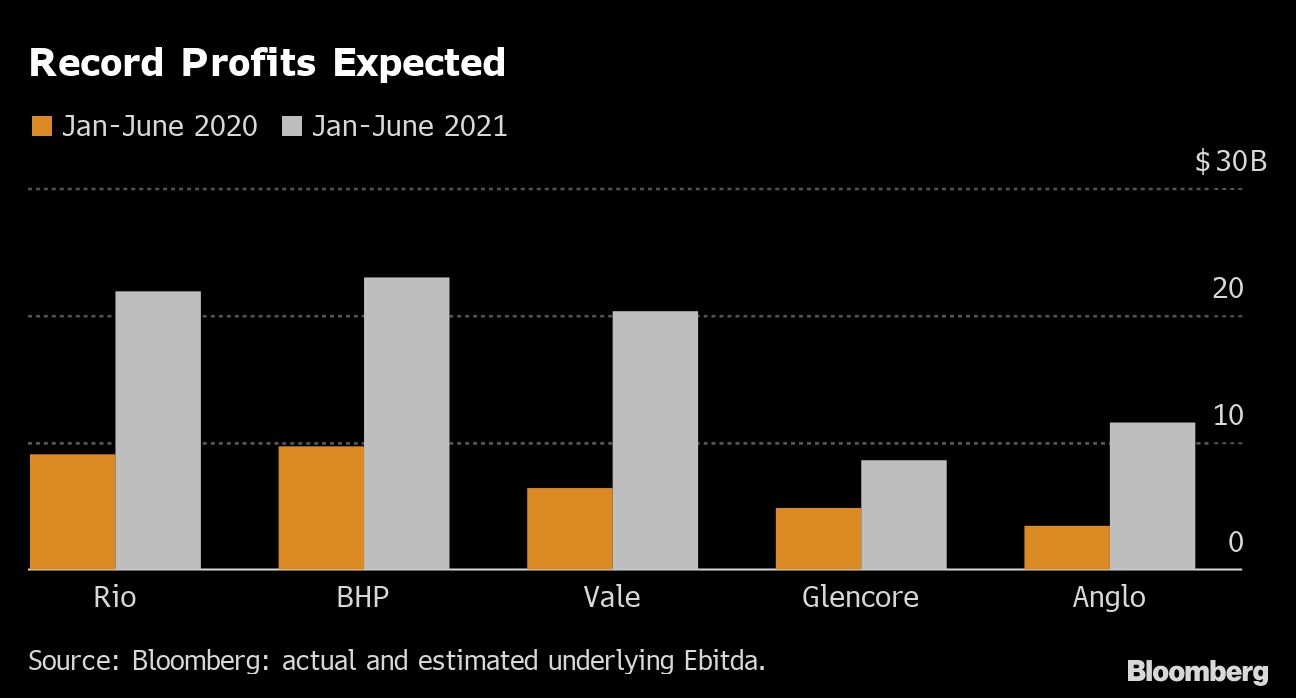 Each of the group of five majors -- which also includes Glencore Plc, Anglo American Plc and Vale SA -- are expected to report their biggest-ever earnings for the six months through June, according to average analyst estimates compiled by Bloomberg. Rio could pay out 60 per cent of its underlying earnings, according to some analyst estimates.

“This should be a pretty much stellar set of results all round,” said Ben Davis, an analyst at Liberum Capital. “We’re expecting record dividends from BHP and Rio, while Anglo and Glencore also have the potential to surprise.”

Iron ore has been a big driver of profit for the largest producers. The world’s biggest commodity after oil hit a record in the first-half, and has spent the last three months hovering around US$200 a ton, a level not seen in a decade. Steel and copper prices both set fresh records this year, thermal coal has also soared, and even diamonds have had a resurgence.

Some prices have retreated recently amid concerns about rising COVID-19 cases and as China moves to curb rising costs. Yet commodity prices across the board remain historically high for now.

U.S. copper miner Freeport-McMoRan Inc. gave a hint of what to expect when it reported last week. The company has wiped out US$5 billion of debt in the last 12 months, hitting its target months ahead of schedule, and setting the stage for an increase in shareholder returns.

Anglo American Platinum Ltd. added to that on Monday. The company, 79 per cent owned by Anglo American, paid out a record dividend of US$3.1 billion that equates to 100 per cent of first-half headline earnings. 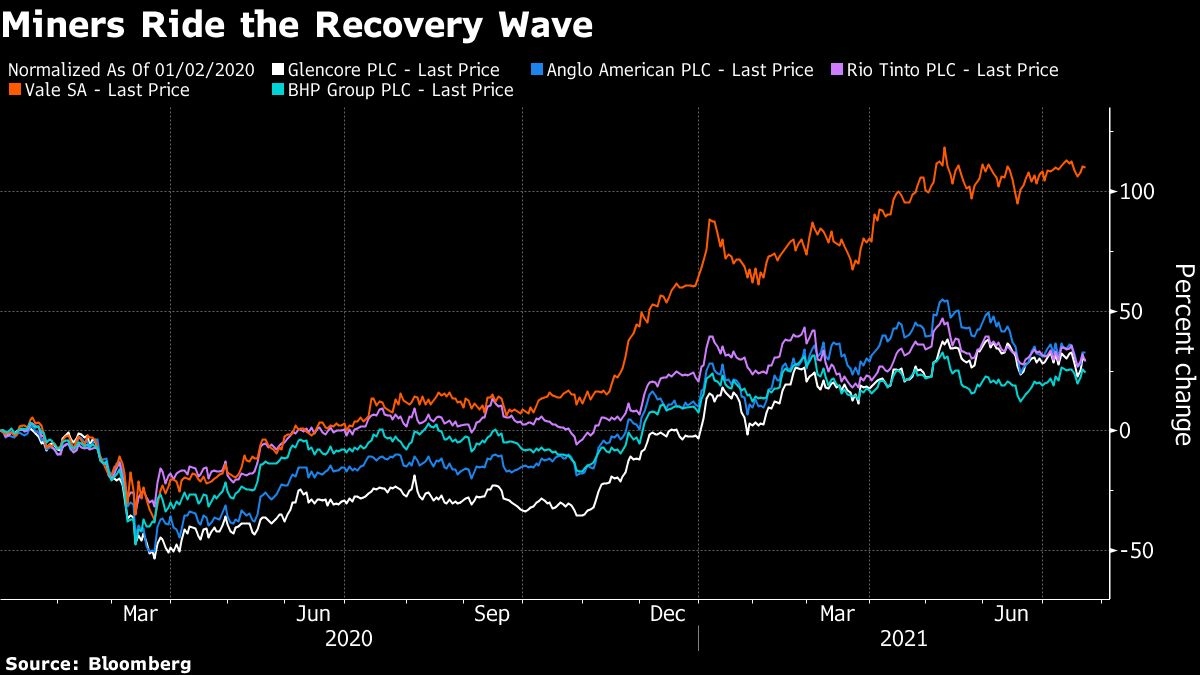 For the iron ore miners such as Vale, BHP and Rio, it promises to be even better. Demand for the steelmaking ingredient, especially from China, is rampant and supply is constrained. China, which accounts for about half of global steel production, is making a record amount of the metal, while iron ore supply has never recovered from two dam disasters in Brazil.

Of course, the mining companies are not immune to inflation themselves -- iron ore operations in Australia are grappling with a sharp rise in labor costs due to worker shortages. And governments in resource-rich countries, especially in Latin America, are also looking at the industry as a source of extra revenue after the commodities rally.

For now though, the miners are cashing in.