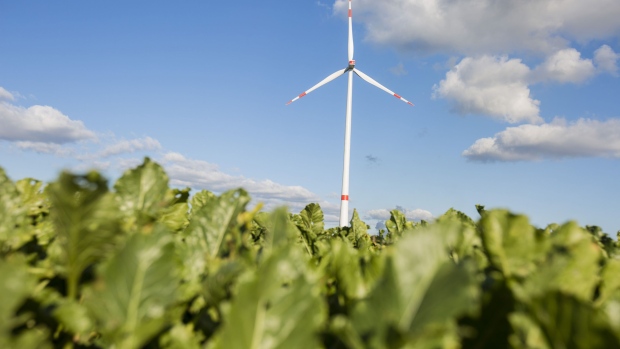 Europe should ensure that its economic recovery after the coronavirus pandemic is matched with the objectives of its Green Deal strategy to become the world’s first climate-neutral continent, according to a senior European Union official.

The European Commission, the EU’s executive arm, expects the spreading contagion to cause a deep recession this year. To stave off a full economic crisis, it is readying a 37 billion-euro ($40 billion) “Corona Investment Fund” that would use spare money from the EU budget to help businesses, health-care systems and sectors in need.

The EU should not give up on its plan to earmark a quarter of its next seven-year budget, known as the Multiannual Financial Framework, for climate-related activities, according to Diederik Samsom, chief of the political office of Commission Executive Vice-President Frans Timmermans.

“What I think we should do is to align everything that we have, including the MFF, into one objective, which is to make the Green Deal happen and make it coincide with the so needed economic recovery of this continent,” Samsom told a videoconference from Brussels on Tuesday.

The Green Deal aims to zero-out EU greenhouse gas emissions by the middle of the century in an unparalleled environmental clean-up that will affect everything from energy production to agriculture and the design of cities. A key pillar of the plan is the region’s Emissions Trading System, which imposes declining pollution caps on thousands of companies.

Carbon prices lost as much as 42% since the beginning of this year as the outbreak of the coronavirus reduced industrial output and energy use. Samsom said the market is being tested and is working, with the lower price reflecting the broader economic slowdown and lower carbon emissions.

“I’m not too worried about it,” he said. “If this test again proves the system is working it encourages us to do even more what we were planning to do to make the ETS the central element of the policies toward a climate-neutral future.”