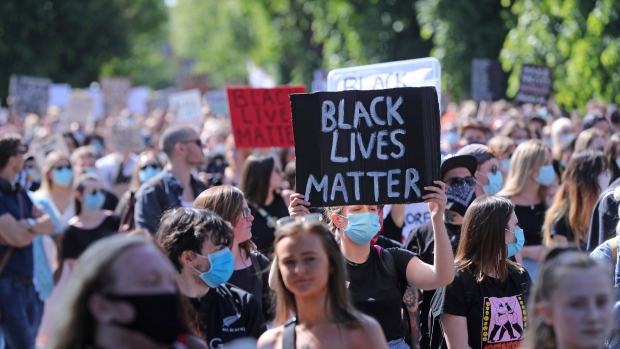 Reddit will continue to ban any of these forums, called subreddits, that don’t abide by new content policy, the company announced Monday in a statement. The rules specify communities and users can’t promote hate based on identity or harass other communities online.

According to the site moderators, the two biggest violators of these rules are r/The_Donald, a forum for far-right users including supporters of U.S. President Donald Trump, and r/ChapoTrapHouse.

“Ultimately, it’s our responsibility to support our communities by taking stronger action against those who try to weaponize parts of Reddit against other people,” Chief Executive Officer Steve Huffman said.

The website, one of the most visited in the world, has a history of not censoring questionable content.

Founder Alexis Ohanian earlier this month announced his resignation from the board and urged the company to replace him with a Black candidate amid protests over policy brutality and racial injustice. Within a week, Reddit named Y Combinator CEO Michael Seibel to its board, honoring the request.

Reddit clarified that it allows views across the political spectrum on Reddit, but said “all communities must work within our policies and do so in good faith, without exception.”

The website had “quarantined” The_Donald in 2019, making it invisible in searches, because of previous violations. Reddit said of the 2,000 forums banned Monday, about 200 had more than 10 daily users.