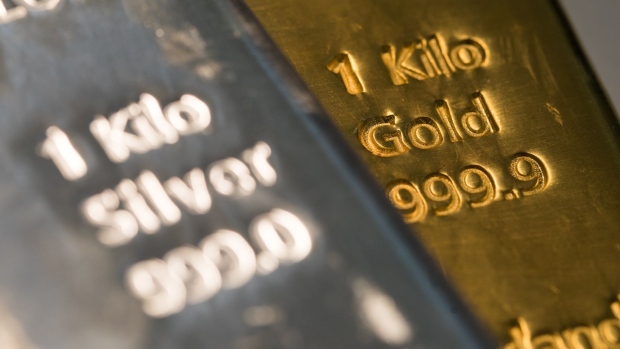 Silver jumped for a second day as the market remains on high alert after a call by Reddit posters to create a short squeeze sparked sharp moves on Thursday.

Spot silver rose as much as 4.3 per cent as prices resumed an earlier climb after dollar gains eased. Silver futures increased as much as 7.1 per cent on the Comex, and gold prices advanced.

On Thursday, silver miners’ shares spiked and the largest silver exchange-traded fund, iShares Silver Trust, saw a frenzy of options buying after the market emerged as a target on the Reddit forum r/wallstreetbets. The moves “have been extreme in some cases and have had little fundamental justification,” Eugen Weinberg, an analyst at Commerzbank AG, said in a note.

“Retail investors who have been swapping tips on such information platforms have caused massive shifts in the prices of some shares,” Weinberg said. “We are confident that the influence of retail investors on silver will not last all that long, and that ultimately industrial and institutional demand will be the key factor in the longer term.”

Still, “in the very short term, I would think people would be cautious about holding a short in precious metals, irrespective of the fundamental view/what other markets are doing,” said Marcus Garvey, head of metals and bulks commodity strategy at Macquarie Group Ltd.

Comments about the metal began appearing Wednesday on the investor board that’s now famous for driving up GameStop Corp. shares this week. They centered on conspiracy theories long-held by the fringes of the precious metals world, alleging the metal’s price is suppressed by banks and the government to mask inflation.

If there’s another short squeeze, “I think it will be fairly muted,” said Jason Teed, Director of Research at Flexible Plan Investments Ltd. “A short squeeze on a mid-cap stock with heavy short interest is one thing, but the commodity markets are extremely vast.”