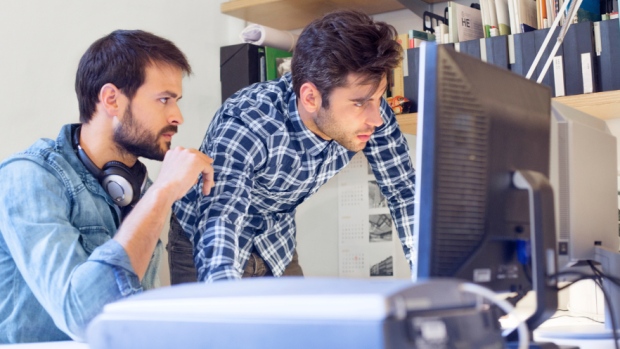 Millennials work at a computer. , Dreamstime

Millennials say their top financial priority is paying down their debt, according to a new BMO Wealth Management report.

Released Tuesday, the report entitled ‘Generation Why!’ found that 23 per cent of millennial survey respondents cited ‘paying down debt you have accumulated’ as the financial goal that has the highest priority among their age group. The report groups millennials as those born between 1981 and 2000.

"With the number of students pursuing post-secondary education twice the number of previous generations, millennials have focused on higher education as the best path to increase their opportunities in a challenging and competitive employment market," Chris Buttigieg, Director, Wealth Institute, BMO Wealth Management said in a statement.

"However, the opportunity to pursue further education has to be weighed against the accumulation of additional debt, which makes the decision a difficult one."

‘Finding meaningful and better paying work’ placed second among millennial priorities, earning a 17 per cent share of responses, followed by ‘purchasing or upgrading your own home’ at 16 per cent and ‘upgrading your education’ at 14 per cent. 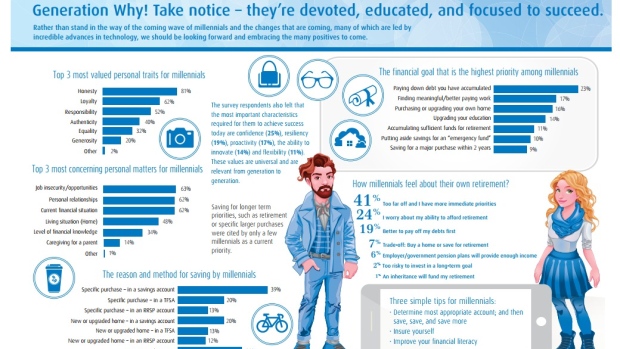 The report shed light on the planning and researching habits of those in the millennial bracket. Retirement is largely out of mind, as 41 per cent of respondents admitted it was ‘too far off and I have more immediate priorities.’ This coincides with high employment uncertainty, with 63 per cent of total respondents listing job insecurity/opportunities among their top three most concerning personal matters.

It also found that millennials view personal internet research as the most reliable source of information for making important decisions. The answer’s 74 per cent support beat out ‘talking with friends or family,’ which garnered 67 per cent of responses.

“What makes millennials different is that they are starting their careers with a better skill set and education than any previous generation, although there are indications that they may need to improve their financial literacy in order to truly excel,” BMO stated in the report.