Fertilizer prices continue to surge to records as Russia’s invasion of Ukraine puts a massive portion of the world’s fertilizer supply at risk, adding to concerns over soaring global food inflation.

The Green Markets North America Fertilizer Price Index jumped almost 10 per cent Friday to an all-time high as the market worries that potential sanctions on Russia, a big low-cost shipper of every major kind of crop nutrient, could disrupt global trade. The country accounted for almost a fifth of 2021 fertilizer exports, according to Trade Data Monitor and Bloomberg’s Green Markets

Russia has urged domestic fertilizer producers to reduce exports, further stoking fears of shortages. The war also is pushing up the cost of natural gas, the main input for most nitrogen fertilizer, forcing some producers in Europe to cut output.

At the same time, prices for staple crops like wheat, corn and soybeans are soaring, with war in one of the world’s breadbaskets threatening to push millions more into hunger. Rising costs for farm inputs like fertilizer could further send the price of food skyrocketing. 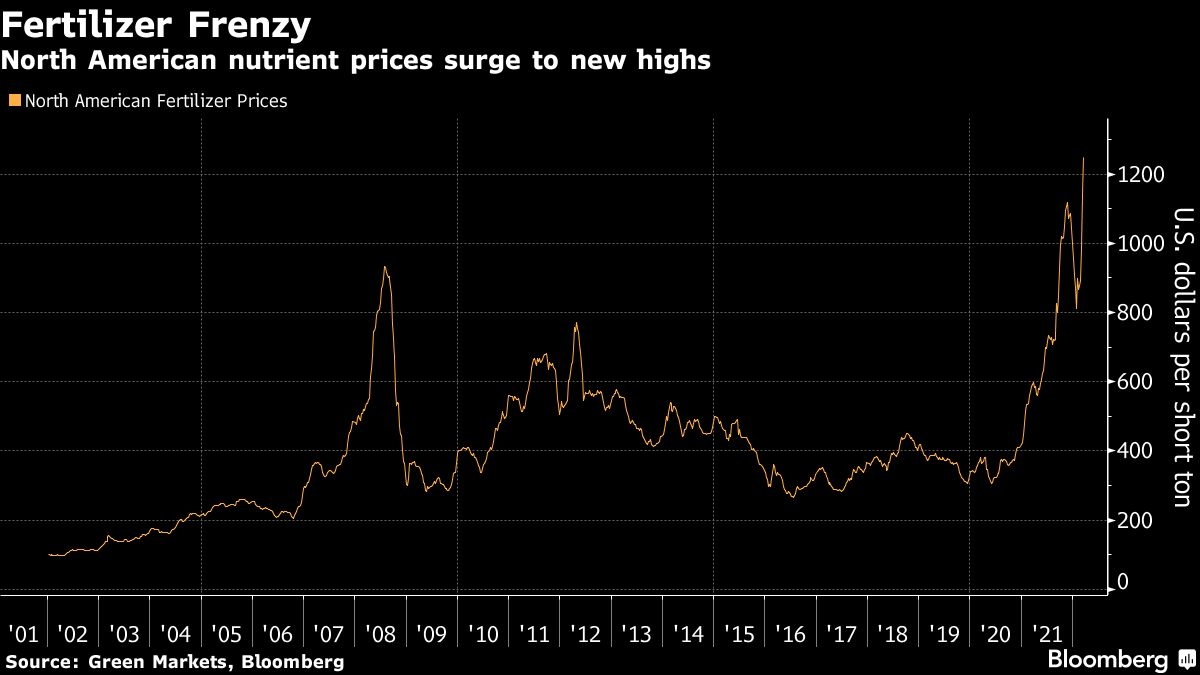