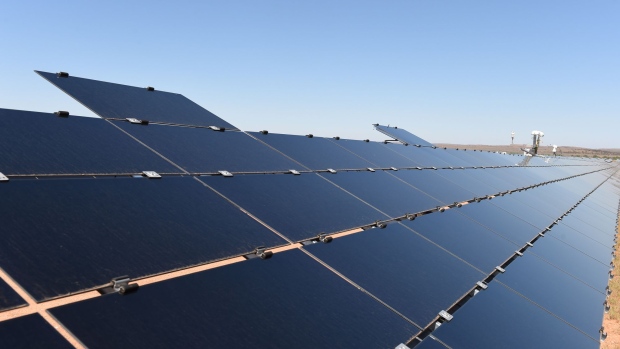 An isolated Australian mining community has been selected as the site for a A$600 million ($420 million) energy project, incorporating technology that allows heat from the sun to be stored for as long as 16 hours.

Mount Isa in northern Queensland state is home to fewer than 20,000 people, but is an important service hub for the region’s silver, lead, zinc and copper mining industry. Developer Vast Solar is targeting the business of those resource operations with a cleaner, cheaper alternative to the natural gas that currently powers the region.

“After the Atacama Desert, this is the second-best place on the planet to build a solar thermal plant,” said Craig Wood, Vast Solar chief executive officer, citing the region’s year-round hot, dry conditions.

The 50-megawatt Mount Isa plant will run on traditional solar power, backed by battery storage and gas turbines, during the day, with the solar thermal-generated power to be used at night to ensure it can operate around the clock. It will provide enough electricity to supply a regional town in Queensland, or a large resources project.

The facility is intended to complement the A$1.5 billion CopperString 2.0 project, which will connect the region to the national electricity network via as much as 1,000 kilometers (621 miles) of new transmission line. Once in place, the link would also open up a route to urban coastal markets for the Mount Isa site and potentially even bigger solar thermal operations, Wood said.

Vast Solar has run a successful pilot project at Jemalong in New South Wales since 2018, but solar thermal has had a chequered history. Technical issues beset early efforts to scale-up the technology in the U.S., while a major project in South Australia collapsed last year after the developer failed to secure financing.

Wood said that he hopes to reach financial close on the project around mid-2021, and start construction on the two-year build shortly after. Wood said that he was in talks with the government’s Clean Energy Finance Corp. and the Northern Australia Infrastructure Facility on potential funding, and also expected interest from Australian commercial banks.

“On the equity side, we’re already having conversations with a number of parties from all round the world,” Wood said. “There are people who realize the need for dispatchable renewable energy that’s low cost.”