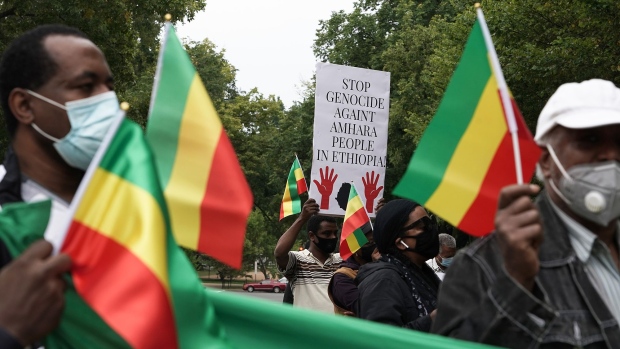 The killings by a single assailant on Oct. 11 follow similar attacks by militiamen in recent months in which dozens of people have died. The raids have taken place amid tensions between some of the region’s ethnic groups.

“There were 12 deaths as a result of what appears to be a revenge gun attack by an individual person,” Daniel Bekele, the head of the Ethiopia Human Rights Commission, said by phone Tuesday.

Unrest has flared in Ethiopia since Prime Minister Abiy Ahmed began opening up the country’s once tightly regulated political space after coming to power in April 2018. His unbanning of opposition and rebel groups has stoked political fragmentation and long-suppressed rivalries among ethnic communities.

The office of Deputy Prime Minister Demeke Mekonnen said in a statement on Monday that “efforts to hold perpetrators and those responsible for misconduct accountable would be intensified.” It urged local security forces to organize themselves.

The head of security for the region, Gashu Dugaz, couldn’t be reached for comment. Dessalegn Chanie, a central committee member for the opposition National Movement of Amhara, said women and children died in the latest attack.

It was not immediately clear who was responsible for the killings.

Merhatsidk Mekonnen, chief legal adviser to the president of Amhara state, said there had been a long history of isolated clashes between ethnic Amhara and ethnic Gumuz people living in the region. The latest bouts of violence appear to be better organized, he said.

“The killing is not the result of isolated clashes, it’s the result of an orchestrated thing,” he said. “They have been taken, armed, trained and prepared for this kind of massacre.”

In mid-September the Ethiopia Human Rights Commission said in a statement it was “deeply concerned” by the security situation in the region and called on regional authorities to open investigations into the killings.