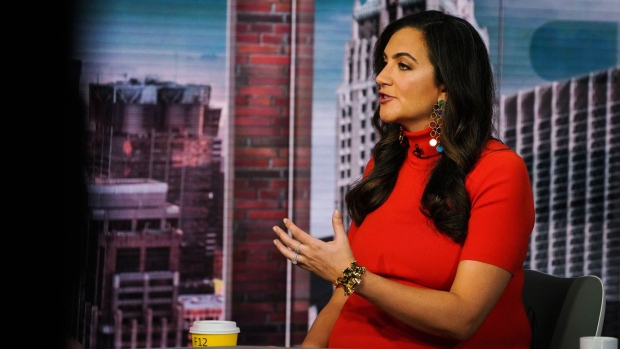 Jennifer Hyman, co-founder and chief executive officer of Rent The Runway Inc., speaks during a Bloomberg Television interview in New York, U.S., on Friday, March 22, 2019. Hyman discussed reaching a $1 billion valuation following its latest round of funding, the evolution of the business, and customer adoption of their subscription service. , Bloomberg

(Bloomberg) -- Rent the Runway Inc. slipped in late trading after reporting a revenue projection that fell short of estimates in its first quarterly earnings since going public, showing that investors remain skeptical of growth at the fashion-subscription company.