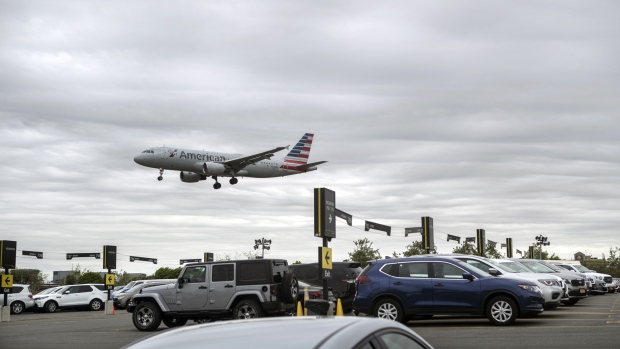 (Bloomberg) -- When it comes to the travel trio of airports, airlines and rental cars, the latter is the clear consumer favorite these days, according to a customer survey by J.D. Power.

Satisfaction with renting a car rose to an industry average of 830 points on the market-research firm’s 1,000-point rating system, a slight increase from 2017, the company said in a statement Wednesday. That was the highest mark ever reached in the survey’s 23-year history, J.D. Power said.

The perceived value of the deal—better cars paired with rental costs that haven’t increased much in recent years—appears to be playing a large role in travelers’ improved mood at the airport, said Michael Taylor, J.D. Power’s travel practice lead.

Moreover, efforts to streamline the rental process with technology are paying off, Taylor said. But while satisfaction is far higher among people who use a car rental brand’s mobile app, only 30 percent of respondents do so.

Privately held Enterprise Holdings Inc. was the top-ranked car rental company for the fifth consecutive year, coming in at a score of 862. Hertz Corp. and National, one of Enterprise’s three car-rental brands, followed. Avis, the flagship of Avis Budget Group Inc., was slightly below the industry average at 824. Three rental brands aimed at budget travelers—Thrifty, Dollar and Budget—were the lowest-rated in J.D. Power’s survey of 12,000 business and leisure travelers who rented from an airport location. (More than 73 percent of those surveyed were people who had rented for leisure travel.)

And while travelers love to gripe about airlines and airports, the other two legs of the air travel triangle have upped their game, too. The findings may reflect the payoff for infrastructure investments made by all three industries following the financial crisis.

To contact the author of this story: Justin Bachman in Dallas at jbachman2@bloomberg.net