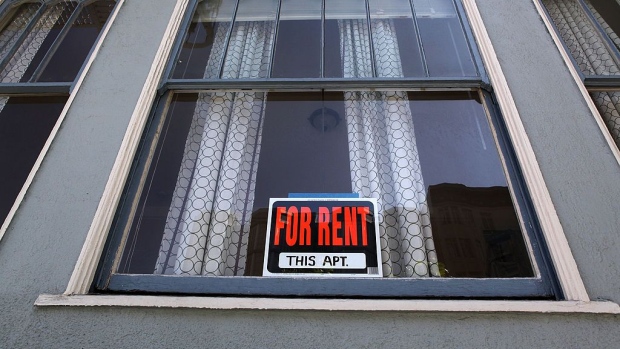 (Bloomberg Opinion) -- Normally in recessions, renting becomes more appealing than owning as workers lose jobs, suffer cuts in personal income and choose to avoid long-term financial commitments. That's what happened during the 2008-09 Great Recession. This time,we've seen the opposite, with a strengthening  market for homes but softening demand for apartments. This shift, although counterintuitive, makes sense in the context of the unique behavioral changes brought about by the coronavirus pandemic. It's a dynamic that could intensify as long as the coronavirus drastically alters daily life,  but could sharply reverse when things go back to something approaching normal.

I've written about the rapid housing market recovery since the onset of the lockdown orders in March. That story, which continues to play out, is largely one of reduced supply. Many construction sites were shuttered in March and April and building was slow to recover, leading to a limited supply of new homes for at least the next several months. Some homeowners who ordinarily would have listed their homes to sell during the peak spring season sheltered in place instead, or their plans to move were put on hold because of the pandemic. And government moratoriums on foreclosures have meant that even the normal supply of foreclosures isn't on the market. Combine all that with buyer demand that returned relatively quickly -- perhaps because of renters who moved up plans to buy and take advantage of record low mortgage rates -- and we've had  an imbalance that has led to rising home prices.

What's becoming apparent is that the biggest weakness in rental pricing is in the highest-cost markets such as San Francisco, Los Angeles and Seattle. There are also signs of weakness in Manhattan. What's happening here is likely a function of market changes brought about by the pandemic, demographics and cost. Knowledge workers in high-wage industries such as tech and finance have more ability to work from home during the pandemic than lower-paid service workers in retail and hospitality. That gives them the flexibility -- as long as work-from-home practices are in place -- to do their jobs from anywhere, including far from the pricey rental markets in high-cost cities.

The demographics of many of those workers makes them uniquely mobile during a crisis like this as well. The boom in urban apartment construction during the past decade has been predominantly in luxury studio, one-bedroom and two-bedroom apartments that cater to young, childless, well-paid knowledge workers. The appeal of those developments has been about creating an environment where play is as important as work. Yet because of the pandemic and work-from-home policies, there's no need to live close to the office for the time being. And with bars and restaurants shut or operating with very limited capacity, the play option isn't as attractive either. So when apartment leases expire, as some do every month, it makes sense for some of these renters to put their belongings in storage and move back in with parents or friends and family with extra space to both have more social connections during a time when distancing is the norm and to save money. Because it's unclear when knowledge workers will go back to the office, or if new rounds of layoffs are coming, it make sense to keep your options open rather than get locked into a new one-year lease in an expensive downtown apartment.

Presumably, this public-health crisis will end, even if it looks as if that won't happen until next year. Once it does, there could be a drastic reversal in some of the housing-market trends that began this spring. Perhaps a lot of houses hit the market once foreclosure moratoriums end and as would-be sellers decide to list homes that they held onto in during the lockdowns. That might undo the home-price increases of 2020. And if employers ever call their knowledge workers back to the office, there could be a rush of people flocking to high-cost cities and scrambling to find an apartment, bidding rents back up. But in the meantime, the gap between home prices and apartment rents should continue to widen as the supply of houses for sale  remains historically low and renters decide not to renew their leases.