Stocks climbed as prospects for a pickup in growth outweighed concern over inflation pressures at a time when the Federal Reserve is getting ready to wind down its pandemic-era stimulus.

Promising results for Merck & Co.’s experimental COVID-19 pill triggered a rally in companies that stand to benefit from an economic reopening. Commodity and financial shares were among the biggest gainers in the S&P 500, while a gauge of small caps jumped 1.7 per cent. Airlines, cruise operators, hotels and amusement parks soared.

“We continue to advise investors to buy winners from global growth,” said Mark Haefele, chief investment officer at UBS Global Wealth Management. “Positive sentiment will return as recent headwinds abate and the focus shifts back to the outlook for solid economic growth and strong earnings.”

A measure of American manufacturing expanded at the fastest pace in four months, bolstered by robust demand for factory goods and burgeoning inventory. U.S. consumer sentiment edged higher in late September, though remained near a pandemic low. The personal consumption expenditures index -- which the Fed uses for its inflation target -- had the biggest annual increase since 1991. 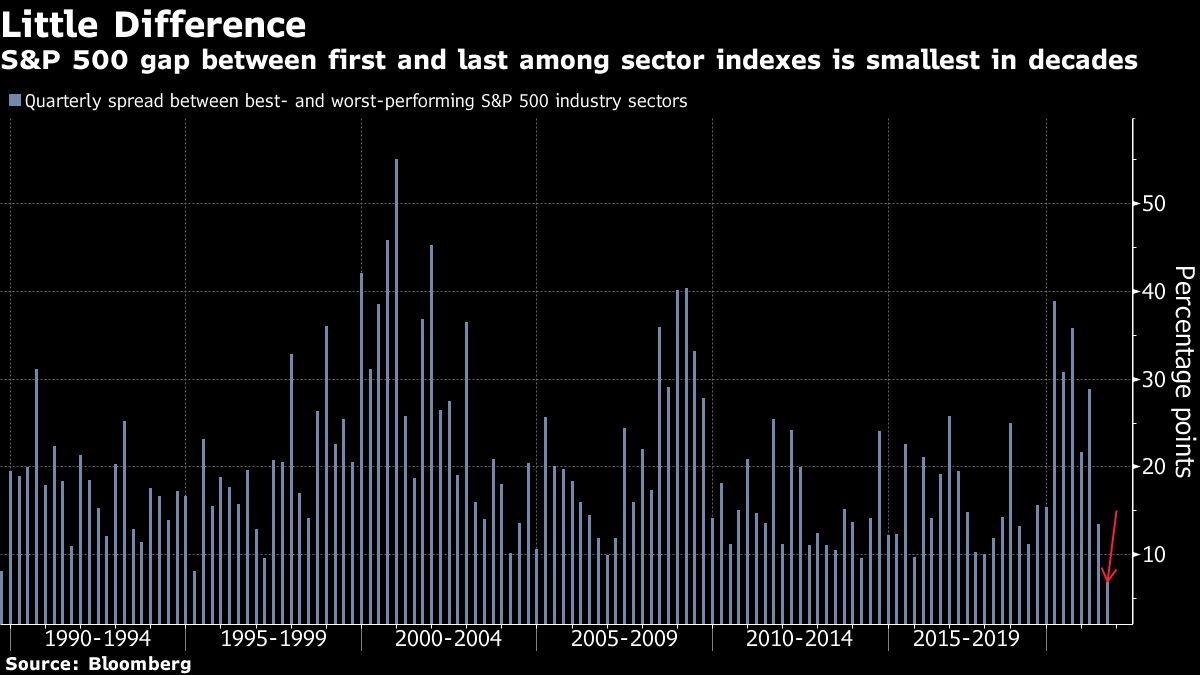 Former U.S. Treasury Secretary Lawrence Summers said investors may be tuning into the risk of an overheating U.S. economy and the chance that pushes the central bank into a faster withdrawal of monetary policy stimulus. The reopening of the global economy will likely lead to high inflation for the next 12 to 18 months, said BlackRock Inc. Vice Chairman Philipp Hildebrand.

Despite Friday’s rally in stocks, the S&P 500 still suffered its biggest weekly slide since February.

“There’s a lot to sift through for investors, and I think that’s what you’re seeing with the increase in volatility,” said Ryan Nauman, market strategist at Zephyr.

Favoring stocks in some U.S. industries and avoiding others mattered less in the third quarter than it has in decades. A comparison of the S&P 500’s main groups shows as much.

The biggest gain was 2.3 per cent, posted by financial stocks, and the largest drop was 4.6 per cent for industrial shares. The gap of 6.9 percentage points between first and last place was the smallest in any quarter since the sector indexes were first calculated in 1989, according to data compiled by Bloomberg. The prior record was 8.1 points, set in 1989’s third quarter.