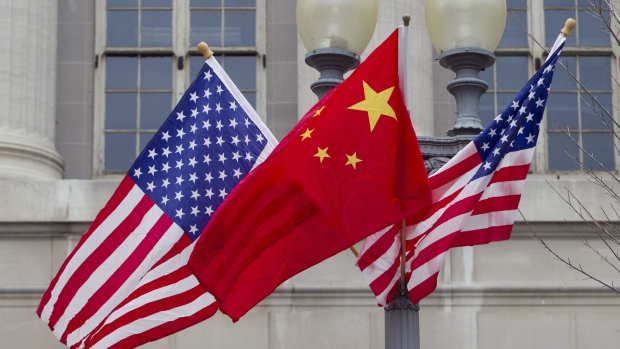 (Bloomberg) -- Two Republican lawmakers asked the State Department to save documents linked to what they called the detention of more than a dozen US diplomats in Chinese Covid-19 quarantine over concern that China may have pressured them to surrender intelligence.

“We must ensure the protection of all Americans abroad -- especially those who have access to classified information -- and put an end to the undignified detainment of US diplomats,” they said.

Citing correspondence provided by whistleblowers as well as reporting in the Washington Post, the two lawmakers said China “engaged in a sustained campaign to deprive US diplomats of their liberties under the guise of Covid-19 containment.” They said the US Embassy had confirmed that 16 diplomats and their family members were involuntarily held.

“Committee Republicans are concerned that U.S diplomats could be, or have been, pressured to surrender intelligence while detained,” they said.

Chinese Foreign Ministry spokeswoman Mao Ning called any accusation that diplomats were pressured to hand over intelligence “groundless and preposterous.”U.S. Seeks to Assure Diplomats Returning to Beijing After Uproar

At the height of the pandemic in June 2020, US diplomats moving to China raised concern that the Chinese government would control their Covid testing -- possibly gaining access to DNA samples -- and that family members might be separated. Diplomats traded stories on social media that colleagues had been detained in a Chinese quarantine hotel for more than two weeks.

The State Department later worked out agreements with China intended to minimize separations and make sure testing was anonymous.

McCaul is the top Republican on the House Foreign Affairs Committee, and Comer has the same role on the chamber’s oversight committee. The two will become chairpersons of those committees if Republicans win control of the House in November, and the letter suggests they may make a priority of investigating the detentions.

Congress needs “more transparency from the State Department about Covid restrictions placed on our diplomats in China,” McCaul said in a separate statement.