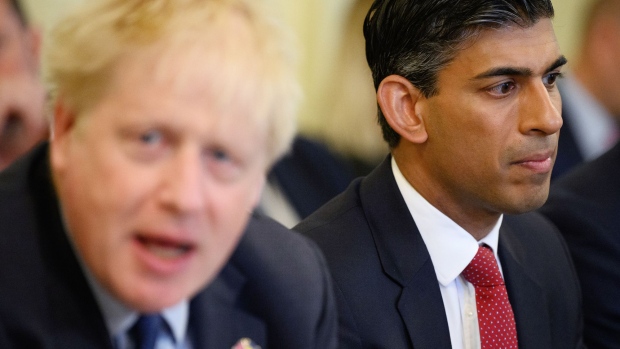 A mooted windfall tax on UK power generators could be delayed or scrapped entirely after Chancellor Rishi Sunak resigned on Tuesday, according to utilities analysts.

“The possibility of a windfall tax on electricity was a Treasury policy, so hopefully Rishi Sunak’s departure will see this misguided policy dropped,” said Investec Plc’s Martin Young in a note Wednesday. The departure could be positive news for shares of Drax Group Plc, Centrica Plc and SSE Plc, he added.

The UK Treasury, which was still considering the policy as recently as mid-June, had been criticized for creating uncertainty in the energy market by dragging its heels on the proposals after reports hit the share prices of generators. Sunak has already set out clear plans for a tax on oil and gas producers, though has since met with industry to discuss their concerns.

Any leadership contest is likely to delay new legislation, “be it windfall taxes or structural reform of the power market,” said Citigroup Inc. analyst Jenny Ping in a note. “It could also change the political narrative all together, for good or bad for the sector.”