For the first time this year, the Canadian economy is coming in below analyst expectations, according to a closely watched gauge of economic surprises.

The index from Citigroup Inc. — which falls when data prove worse than forecast — dropped below zero on Tuesday, for the first time since December. It indicates that Canada’s growth might be slowing down at a faster pace than what analysts expect, fuelled by trade war concerns. The Canadian dollar has also weakened against the greenback this month, making it one of the worst currencies against its Group of 10 counterparts.

The negative reading follows a series of disappointing economic reports this month including jobs, trade and housing starts, giving economists some pause on the extent of the country’s deceleration. Manufacturing numbers Tuesday, the most recent release from Canada’s federal statistics agency, were also weak. Despite a better-than-expected headline result, factory volumes and inventories declined.

While the nation’s economy is nowhere near peak growth, the data so far this year have been strong enough to keep the Bank of Canada from cutting interest rates, making it an outlier among other major central banks. But a slew of bad data may provide the central bank with more ammunition if it decides to lower borrowing costs at its next meeting on Dec. 4.

Economists surveyed by Bloomberg expect the economy to decelerate to a yearly pace of 1.5 per cent in 2019 and 2020, in line with expectations for slower global growth. 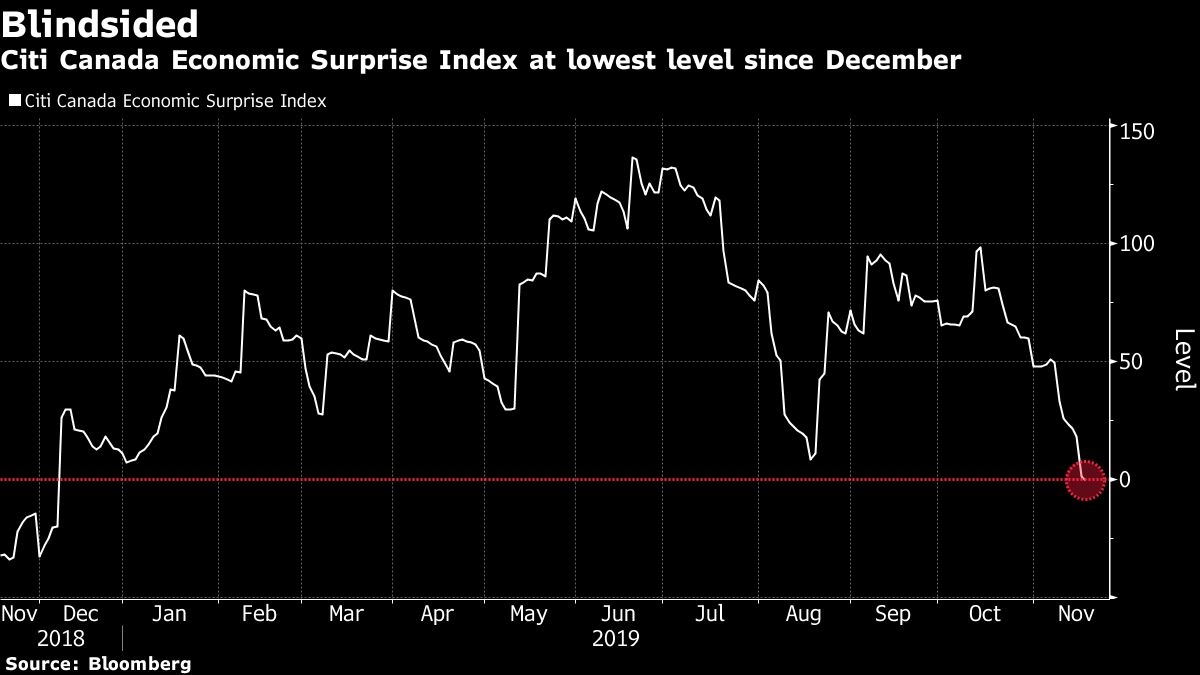 --With assistance from Divya Balji and Chris Middleton.