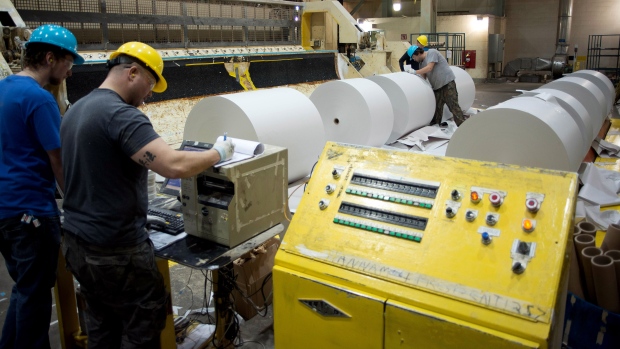 MONTREAL -- Resolute Forest Products Inc. reported a loss of US$1 million in its latest quarter compared with a profit of US$42 million in the same quarter last year as its revenue fell.

Chief executive Yves Laflamme says the first-quarter results reflect a resurgence in prices for lumber that began late in 2019 together with lower maintenance costs in pulp and paper, offset by lower newsprint prices.

Resolute, which keeps its books in U.S. dollars, says the loss amounted to a penny per share for the quarter ended March 31 compared with a profit of 45 cents per share a year earlier.

Analysts on average had expected an adjusted loss of 36 cents per share and US$715 million in revenue, according to financial markets data firm Refinitiv.