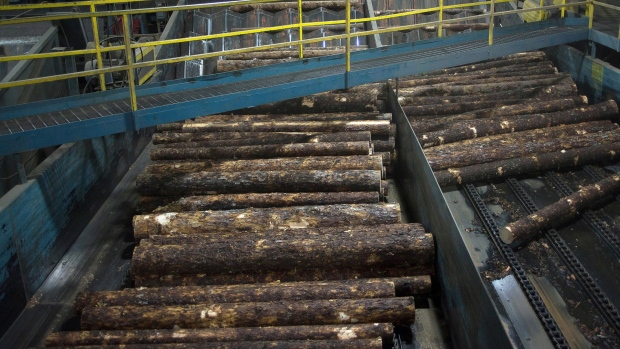 Chief executive Remi Lalonde says the tax will increase to 30 per cent from 20 per cent for most of 2022, according to the U.S. Commerce Department.

Lalonde says it will take patience before the trade dispute between Canada and the United States over softwood lumber is resolved, but  he is “hopeful” that it will be settled in favour of Canadian producers as it has in the past.

While the legal process is slow, strong demand allows the company to compensate for the tariffs with prices.

Prices dropped from more than US$1,000 per thousand board feet to an average of US$573 in the third quarter and should remain above the historical average, Resolute said Thursday.

Adjusted profits reached 84 cents per share, 13 cents per share better than analyst forecasts and above 72 cents earned in the third quarter of 2020. Sales climbed 12 per cent to US$817 million.