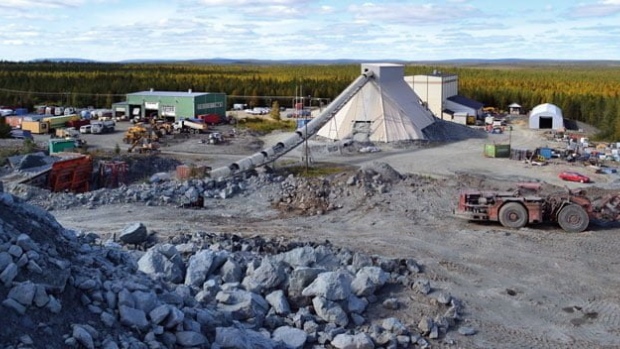 With coverage focused on the pandemic, some commodity stories haven't been getting the attention they would otherwise.

Here are a few of note:

Shares in Toronto-based Rupert Resources have more than doubled in a month to trade Friday at $1.69 for a market capitalization just over $250 million.

The company is working on a potential gold mine near a past-producing operation in Lapland, northern Finland. It’s only about 50km from Kittila, run by Agnico Eagle Mines Limited, which touts the project as the "largest primary gold producer in Europe."

Canaccord Genuity Group Inc. analyst Tom Gallo started covering Rupert on Thursday, assigning a speculative buy to the stock. In February,  Agnico bought 9.9 per cent of Rupert, purchasing shares at $0.85 with warrants to increase its interest to 14.9 per cent. “In our view,” Gallo said, “Agnico’s investment offers validation to the project… Agnico would be the natural acquirer.”

One bonus is that Rupert is reviving an old property.

“The advantage of having access to a developed underground mine as well as a fully constructed mill cannot be overstated, in our view,” Gallo said.

It’s been a long time since lithium stocks posted big gains. The sector has been a letdown for investors as demand for the metal in electric batteries is swamped by surging supply. Bloomberg’s lithium price index has slid from almost US$300 per tonne in 2018 to just US$125 per tonne at the end of April.

Isaacson cited “automotive weakness, particularly in China, in the first half of the year. Electric vehicles in China are estimated to have declined by more than 50 per cent in Q1 and should decline a further 20 to 25 per cent in Q2. “

SQM has slumped from more than US$60 on the New York Stock Exchange in early 2018 to less than US$24 this week.

The Red Lake gold mine in northwestern Ontario is taking extra COVID-19 precautions after an employee tested positive for the virus.

James Russell, the mining operation’s sustainability manager, told BNN Bloomberg in an email that the employee in question had not been on site since April.

The company said it has started “immediate hospital-grade cleaning of selected locations."

Australian-based Evolution agreed in November to buy the underground mining complex from Newmont Goldcorp Corp. for US$375 million in cash and additional payments of up to US$100 million depending on new gold finds.