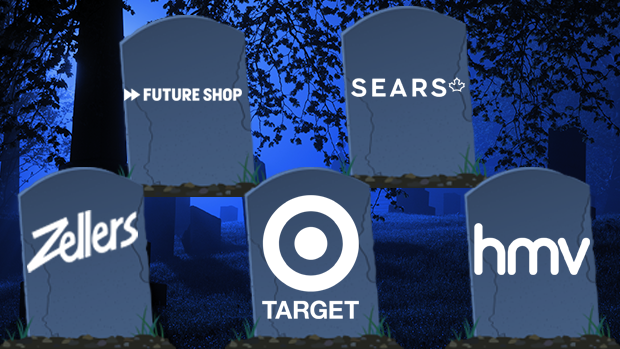 Toys 'R' Us Canada is in search of a buyer in an attempt to save its 82 stores, months after entering CCAA protection in September. California’s MGA Entertainment has emerged as a suitor for the toy retailer; but if a takeover bid fails, Toys 'R' Us Canada could face a rocky future in a fast-changing retail landscape that has claimed a growing list of victims. Here’s a look at some of the recent deaths in the Canadian retail sector, and insights from Retail Advisors Network co-founder and partner Bruce Winder on what went wrong. 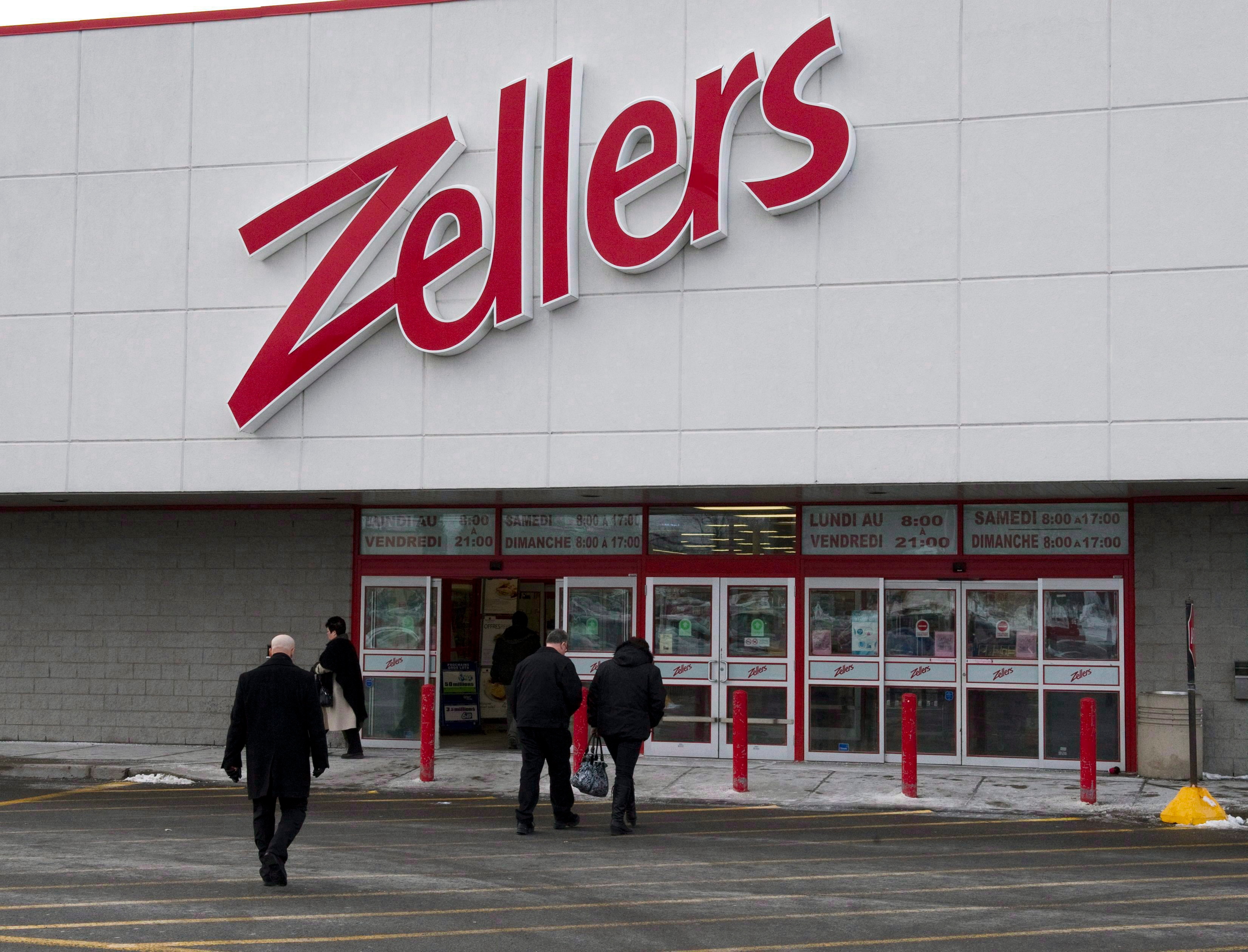 Zellers’ 82-year run came to an inauspicious end in 2013, when parent company Hudson’s Bay pulled the plug on the banner. The two had been acquired in 2008 by Richard Baker’s NRDC Equity Partners, which invested much more time and energy in the more venerable Bay brand. By the time 2011 rolled around, Zellers appeared to be on its last legs after HBC sold the bulk of its leases to Target to enable its ill-fated foray into Canada. HBC looked to sell the remaining 64 stores but was ultimately unable to find a buyer, winding down the locations in March, 2013.

Winder’s take: “Zellers went through a whole bunch of ownership changes and management changes and the folks that were running it didn’t do any justice to the brand. Every year they were just getting beaten up and beaten up by Walmart. It was sort of just on life support – it got to the point where Richard Baker bought the whole thing and spun the leases out to Target, and the rest was history.” 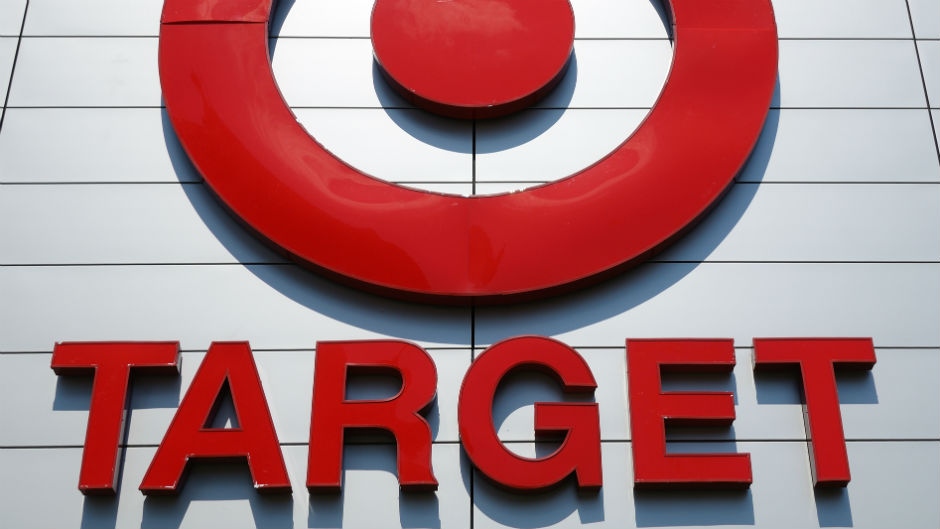 Target had big plans for Canada, but its foray north of the border was plagued from the outset by a lack of understanding of the Canadian retail landscape. The company paid about $1.8 billion for the leases to 189 Zellers locations in 2011, with the goal of developing and opening 124 stores by the end of 2013.

While the launch was accompanied by much fanfare, customers were soon complaining of higher-than-expected prices and paltry selection when compared to their experiences at Target’s American locations.

Further exacerbating Target Canada’s problems was management’s decision to eschew the supply chain software used by the U.S. division in favour of software made by Germany’s SAP. While considered the gold standard of enterprise software, Target Canada failed to heed the lessons learned by Sobeys when it comes to the difficulty of integrating SAP’s system with legacy software. Suppliers fell behind in providing product codes needed to maintain adequate inventory, further hurting Target’s product selection.

In the end, Target threw in the towel after only two years in Canada, putting 17,600 people out of work and taking a US$5.4-billion loss as a result, with the company admitting it saw no realistic scenario in which Target Canada could reach profitability until at least 2021.

Winder’s take: “They really didn’t do enough homework in Canada. They took on too much risk, they launched a new supply chain system. You’re already launching in a new country, why add to the risk? By the time they bought the Zellers leases, a lot of the great leases were already gone. And I think Wall Street was putting immense pressure on Target, and I think management just said ‘Let’s start fresh by getting rid of this Canadian albatross.’” 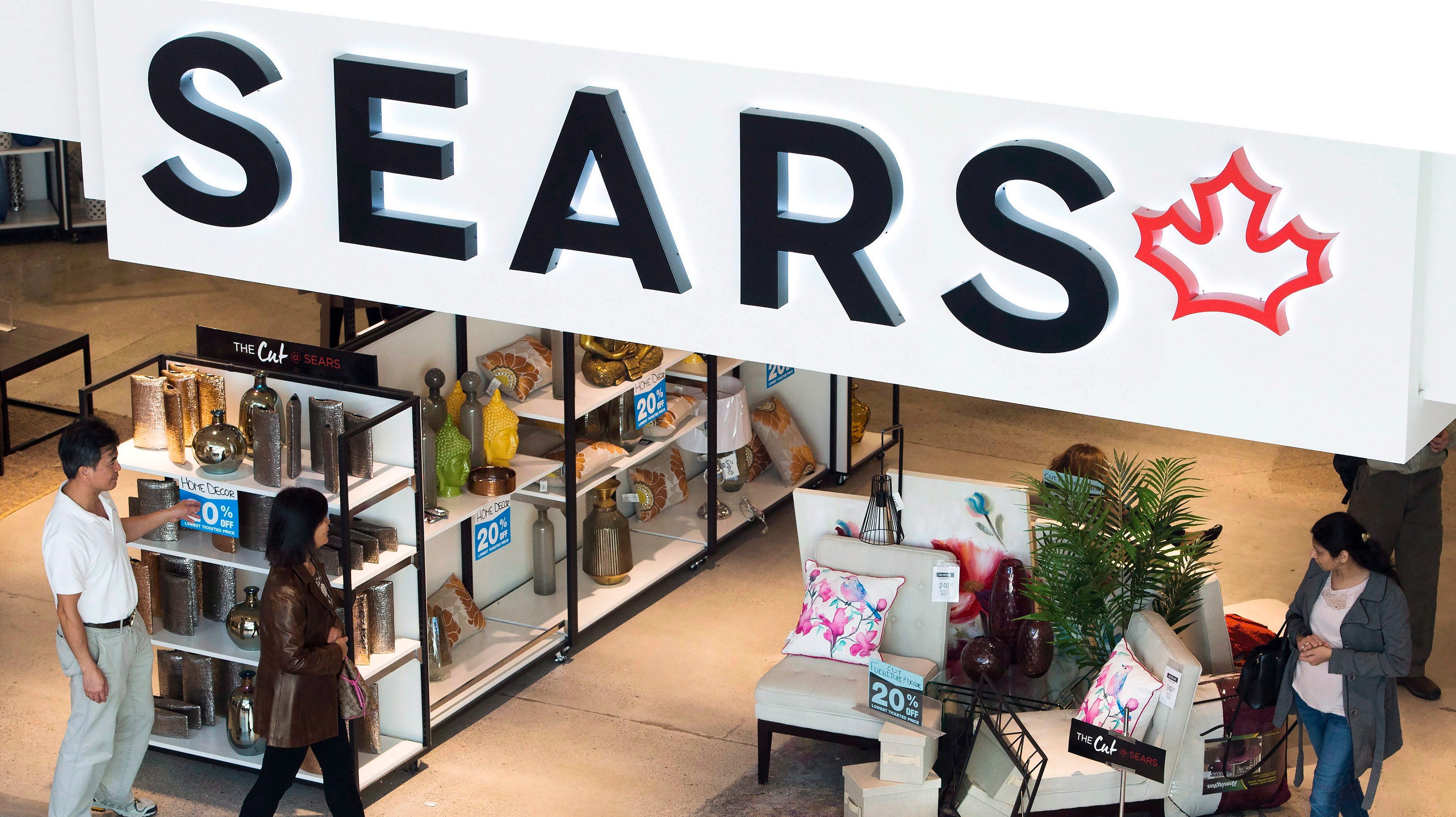 Sears Canada’s slow and painful march towards irrelevance and eventual liquidation was in many ways death by negligence. Under the watch of a revolving door of chief executive officers, the retailer sold prime leases and paid out hefty special dividends rather than reinvesting the bulk of the proceeds back into the business. The company paid out $2.7 billion worth of special dividends after 2005, with much of the proceeds flowing into the pockets of Sears Holdings, controlled by billionaire hedge fund manager Eddie Lampert.

Lampert, for his part, has disputed the role the string of asset sales played in the retailer’s demise. On a number of occasions, Lampert argued that company management was to blame for undertaking its “Sears 2.0” revamp of the retailer. That strategy, spearheaded by former Executive Chairman Brandon Stranzl, focused on reworking floorplans to ease store navigation, paring back the massive catalogue to focus on “hero” products Sears believed would be coveted by shoppers and unveiling a new logo.

The company ultimately ran out of time to see if the new look would succeed. In a move that surprised even Lampert, Stranzl sought creditor protection in June of 2017. Stranzl later scrambled to put together a bid for some or all of the company but ultimately fell short when its creditors decided liquidation would recoup more of their funds.

Winder’s take: “It was once a powerhouse. It used to be a great Canadian retailer, then they were bought by a hedge fund and it did not invest properly in the business. The hedge fund bought the company, did some asset stripping, while at the same time the department store channel became less and less relevant to customers.” 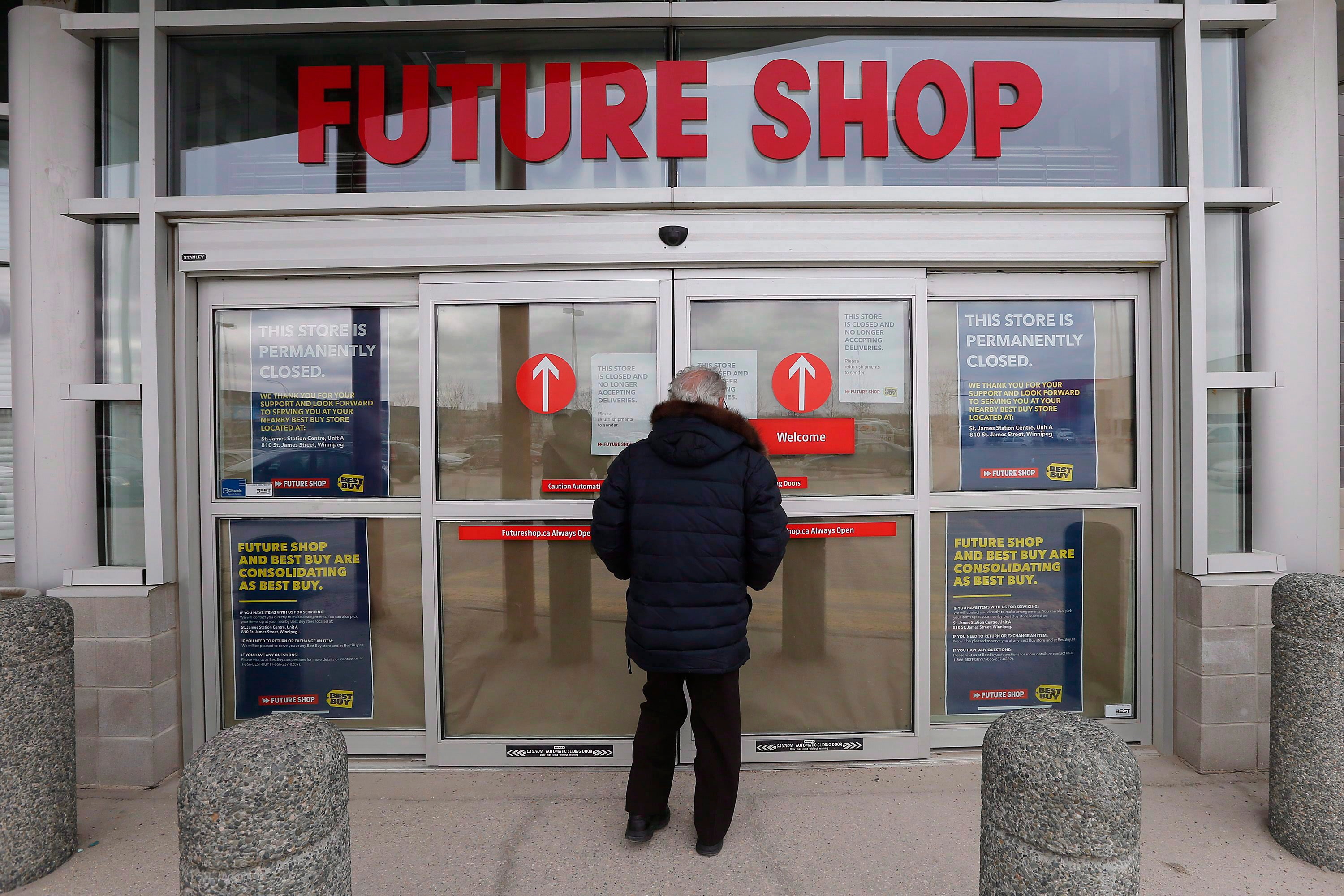 If there’s such a thing as too many synergies, Best Buy learned it first hand with its $580-million acquisition of home electronics retailer Future Shop in 2001. The two banners coexisted for nearly 14 years, but by 2015 had reached a breaking point amid little to no differentiation in their product offerings.

In March of 2015, Best Buy abruptly announced plans to permanently close 65 Future Shop locations and rebrand the remaining 66 locations as Best Buys. The company’s rationale was that many of the Future Shop stores were within spitting distance of a similarly-stocked Best Buy, creating excess overhead and increasing redundancies.

In spite of the closures, Best Buy President and Chief Operating Officer Ron Wilson said at the time that 80 per cent of the chain’s customer base still lived within a 15-minute drive of a store. About 500 full-time and 1,000 part-time jobs were eliminated as a result of the decision.

Winder’s take: “That was a smart move to get rid of Future Shop. The writing was on the wall. It was too redundant, it was too close to Best Buy. They had the same shops in the same mall, in some cases within a hundred of feet of each other. They were in a hail storm, because the consumer electronics segment was one of the first to see a big pick-up in online sales, and Amazon was there.” 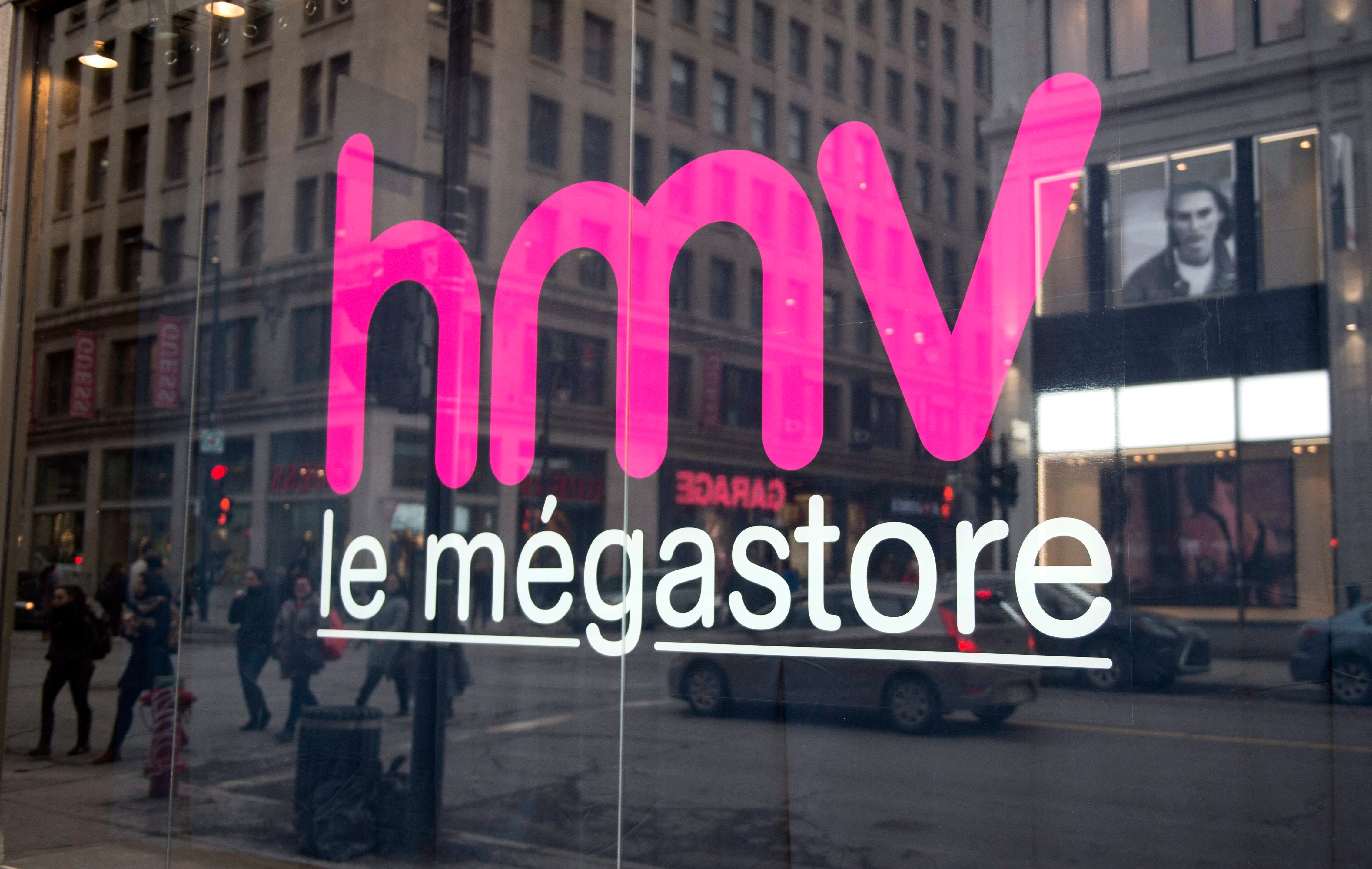 The inexorable march of time claimed another victim when HMV Canada announced plans to close up shop, after the boom in digital music streaming and years of battling with online behemoths like iTunes simply overwhelmed the retailer.

The company was forced into receivership by lender HUK 10 Ltd., which claimed the purveyor of CDs and records owed it nearly $39 million. According to court filings at the time, HMV was losing about $100,000 dollars a day as demand for physical music products declined.

While the HMV banner is well and gone in Canada, a white knight did ride to the rescue for many of the properties when Doug Putnam’s Sunrise Records bought and rebranded 70 of the 102 locations in an effort to expand nationally.

Winder’s take: “HMV was at the end of an industry lifecycle for CDs. CDs were great in the '90s and maybe even the early 2000s but once all of the online music platforms -  Apple iTunes, Spotify - came along, they were done. If you have too much of an affinity with a certain product, it reaches the end of its lifecycle, and so do you.”