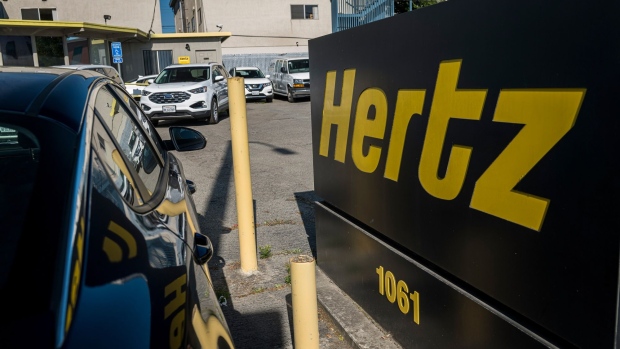 (Bloomberg) -- Hertz Corp. should be blocked from paying as much as $5.4 million to 14 top executives because the proposed bonus program would “potentially squander limited resources,” a group of retired company managers said in court papers.

Paying top managers a bonus while in bankruptcy may make it impossible for Hertz to honor the $5.6 million in deferred compensation owed to the seven retired executives, including the car renter’s former general counsel, Paul M. Tschirhart, according to the objection filed in U.S. Bankruptcy Court in Wilmington, Delaware.

The bonus program is “a fairly transparent attempt to continue doling out cash in a manner similar to the $16.2 million that already has been bestowed upon favored employees,” the employees said, referring to payments Hertz made to top executives just before it filed bankruptcy in May.

In bankruptcy, deferred compensation is ranked behind bonus payments to current employees, so if Hertz doesn’t have enough to pay all its debts, the seven former executives are unlikely to collect everything they are owed.

Hertz is asking U.S. Bankruptcy Judge Mary Walrath for permission to make incentive payments to Chief Executive Paul Stone and other top managers. The company is also seeking permission to pay as much as $9.2 million to 295 other, lower-ranking employees.

The U.S. Trustee, an arm of the U.S. Department of Justice that monitors big, corporate bankruptcies, also opposed the bonus programs, saying they are not truly designed to give the workers an incentive to perform, but are merely retention payments.