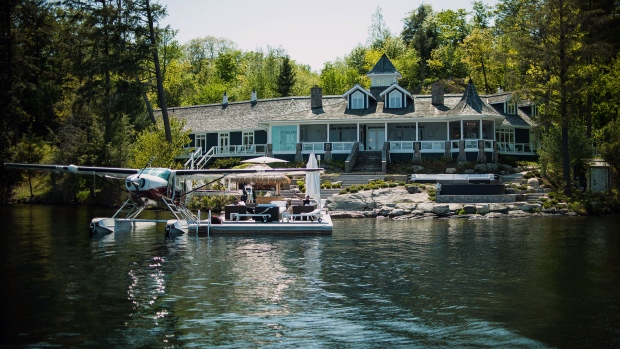 A float plane sits docked outside of a cottage on Lake Jo in Muskoka, Ontario, Canada, on Saturday, May 23, 2015. Bloomberg/James MacDonald

Canadian millennials have another reason to resent baby boomers. First they reaped the benefit from one of the biggest property-price increases in the country’s history. Now they’re driving up the cost of a country retreat.

Prices of ski chalets, waterfront cottages and other vacation properties jumped 13 per cent across Canada in the 12 months through June, according to brokerage RE/MAX Integra in a report on Thursday.

“Baby boomers who are entering their retirement, bought homes 30, 25-plus years ago, paid them off, and have gained tons of equity and are taking that equity out and buying second homes or are just selling their primary homes all together and buying a recreational property to retire at full time,” Christopher Alexander, executive vice president at real estate firm Re/Max Integra, said in an interview.

Prices on the Prairies by contrast fell 4 per cent from the previous year amid an economic slowdown and the harsher impact of tighter mortgage-lending rules. Atlantic Canada prices remained flat.