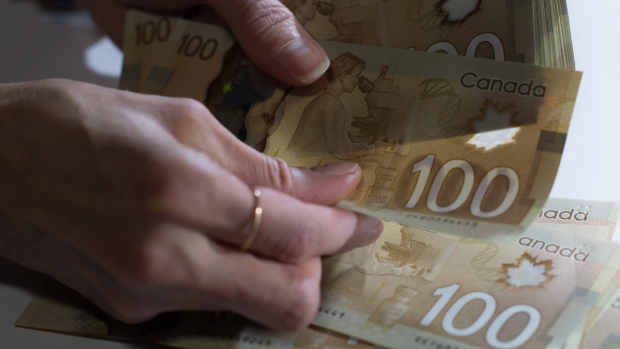 Canadians saving for retirement can breathe a little easier after this week’s federal budget; at least for now.

Retail investors were spared from any direct negative measures but they will continue to be vulnerable as federal and provincial governments face sizable deficits in the years ahead.

When governments eventually look to tap new sources of revenue to deal with the fiscal fallout from the pandemic, here are four areas where average Canadian investors should keep a close eye:

Canadians love contributing to registered retirement savings plans because RRSPs permit income tax payments to be deferred to a time in the future when individuals are retired, and the money they withdraw is taxed at a lower marginal tax rate.

Allowing investments to grow tax-free over several decades is one of the few tax perks available to the average investor -- but they always face a risk that tax rates will be higher when it’s time to cash out.

As an example, a plan holder who makes a contribution in a high-income year could manage to avoid being taxed at a combined federal/provincial marginal rate of more than 40 per cent. Decades later in retirement, that same plan holder could potentially withdraw the amount, and any gains the investments generated, at a marginal rate of less than 30 per cent.

If any government between now and then raises the marginal tax rate, the tax advantage of an RRSP could be lost.

The tax-free savings account was originally introduced by a Conservative government to help restore faith in capital markets in the wake of the 2008 global financial meltdown. Since then, annual contribution limit increases have brought the total contribution limit for someone who was at least 18 years old at the time to $75,500.

TFSA contributions are not tax deductible like RRSP contributions, but withdrawals are never taxed. That makes them an ideal counter-balance to RRSP savings.

It’s impossible to calculate the amount of potential tax revenue Ottawa has surrendered since the introduction of the TFSA and all the years it will continue to exist, but a time could come when revenue-hungry governments crimp or cancel new annual contribution limits, or even tax existing accounts.

Many Canadian retirement plans rely on the equity accumulated in their homes. That includes a full exemption from tax on the amount their (principal) home has appreciated in value over the years; also known as capital gains.

The red-hot housing market has resurrected concerns Ottawa could consider a partial taxation of capital gains on the sale of a principal residence much like a secondary residence. That could remove tens of thousands of dollars from the retirement nest-eggs of many homeowners.

Critics have said a capital gains tax on principal homes would be political suicide for any party, but desperate times could call for desperate measures.

While capital gains on the sales of a principal residence are fully exempt from taxation for now, half of capital gains on most equity investments outside a registered account (such as an RRSP or TFSA) are subject to taxation.

Those fleeing RRSPs over tax concerns could run into another tax trap if the government decides to raise the portion of capital gains that are taxed.

Governments are more inclined to change the general capital gains tax as circumstances call for it (look no further than Bloomberg’s reporting Thursday that the Biden administration is mulling a doubling of the capital gains tax on wealthy Americans). Canada first introduced one in 1972 to help pay for social programs. In 1988, it was increased from 50 per cent to 66.67, and in 1990 it was further boosted to 75 per cent. The current 50 per cent rate has been the law of the land for just over two decades.

How serious the federal government will ever get about tightening investor tax perks is anybody’s guess, but it’s safe to assume that if a team of bean-counters haven't crunched the numbers yet, they eventually will.