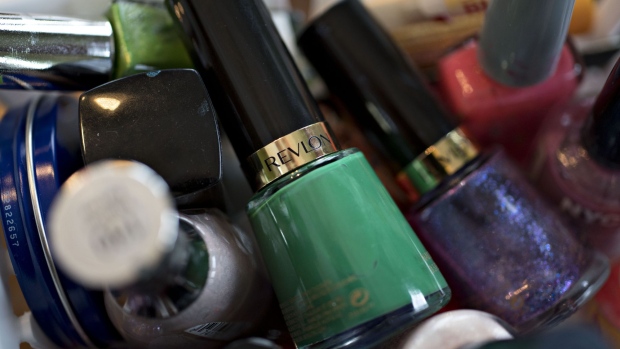 Revlon brand fingernail polish is arranged for a photograph in Tiskilwa, Illinois, U.S., on Wednesday, Feb. 28, 2018. Revlon Inc. is scheduled to release earnings on March 2. , Bloomberg

Revlon Inc. siphoned off the collateral for a nearly US$2 billion loan in 2016 that was used to finance the purchase of Elizabeth Arden, UMB Bank NA said in a lawsuit over the ownership rights to brands made by the beauty and cosmetics giant.

UMB Bank, a subsidiary of Kansas City, Missouri-based UMB Financial Corp., claimed Revlon improperly transferred the intellectual property rights used as collateral for the 2016 loan in a series of other transactions starting in 2019 as it lost market share and the pandemic hurt sales. The bank is seeking a court order forcing the return of the collateral, which includes brand trademarks.

“This case is a stark example of a borrower that has ignored repeatedly its legal obligations to its lenders,” UMB said in the complaint filed Wednesday in federal court in Manhattan. “COVID-19 is no license to breach contractual commitments to lenders, to engage in transparent vote rigging, and to steal and reuse collateral for alternative purposes.”

Revlon, controlled by Ron Perelman’s MacAndrews & Forbes, has struggled to remain relevant and stem falling sales amid competition from Estee Lauder Cos. and a host of smaller companies using social media to lure customers. Saddled with nearly US$3 billion of debt, the retailer has been hit hard by the coronavirus and has been seeking to rework its borrowings.

In an emailed statement, Revlon said it would fight UMB’s “meritless” lawsuit.

“This group of lenders has repeatedly resorted to baseless accusations in an attempt to enrich themselves and hurt the company by blocking Revlon from exercising its contractual rights to secure the financing necessary to execute our turnaround strategy and navigate the COVID-19 crisis,” Revlon said.

Revlon has more than 15 brands, including Elizabeth Arden and Elizabeth Taylor, which it markets in more than 150 countries. The company’s chief executive officer is Perelman’s daughter, Debra. It recently lined up support from lenders to refinance US$1.8 billion of debt, despite resistance from some investors.

UMB, which is acting on behalf of the lenders who opposed the refinancing, alleges that Revlon’s move to commit to a new revolving credit facility was “devastating” to the lenders for the 2016 deal, because prices for those loans have plummeted.

To get one refinancing approved by lenders in 2020, Revlon used a sham voting system “created solely to manipulate and gerrymander” the tally by issuing new, unfunded revolver commitments to the new lenders under the 2016 agreement; that allowed them to override objections from the old lenders by a narrow majority, UMB said in its complaint.

Revlon’s debt already was trading at distressed levels amid concern over its financial prospects and turnaround plans. Its 2021 bonds last traded around 32 cents on the dollar on Aug. 4, according to Trace bond trading data. Its loan due 2023 is listed around 27 cents, according to Bloomberg data.