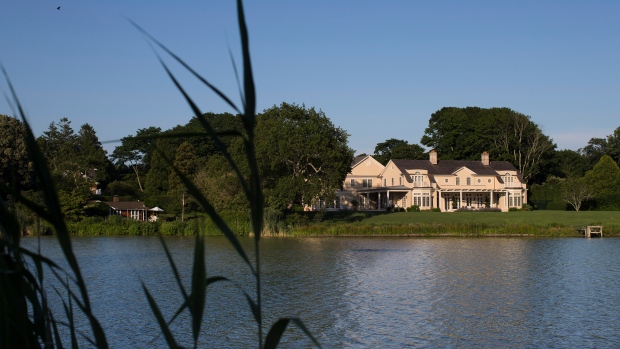 In this photo taken on Friday, July 11, 2014, a private residence overlooks an inlet in Southampton, N.Y. , AP Photo/John Minchillo

The richest quarter of Americans cut their consumer spending more than any other income group during the height of the pandemic, according to a study by a group of Harvard University researchers.

As a result of high-income earners sharply reducing their expenditures, the revenues of businesses that cater to affluent households suffered, the study from Opportunity Insights, a Harvard research group led by Raj Chetty, John Friedman and Nathaniel Hendren, found.

In turn, small businesses in wealthier regions laid off 65 per cent of their low-wage earners, while in the lowest-rent areas, fewer than 30 per cent lost their jobs.

The research group collected data from credit card processors, payroll companies and financial services firms to report statistics on key indicators including consumer spending and employment rates. They then used the data to analyze the economic impact of the coronavirus pandemic.

A majority of the drop came from reduced buying of goods or services that require in-person contact -- such as hotels, transportation and food services -- while spending on things like landscaping services and home swimming pools didn’t fall.

“Our analysis suggests that the primary barrier to economic activity is depressed consumer spending due to the threat of COVID-19 itself as opposed to government restrictions on economic activity, inadequate income among consumers, or a lack of liquidity for firms,” the researchers said in the paper.

Stimulus payments and reopenings haven’t played a large role in restoring spending by consumers. Even after states began to reopen, spending and employment remained well below baseline levels, and little of the increased outlays from stimulus checks went to businesses most affected by the COVID-19, such as small firms in affluent areas, according to the study.

“The only path to full economic recovery in the long run may be to restore consumer confidence by addressing the virus itself,” the researchers said.